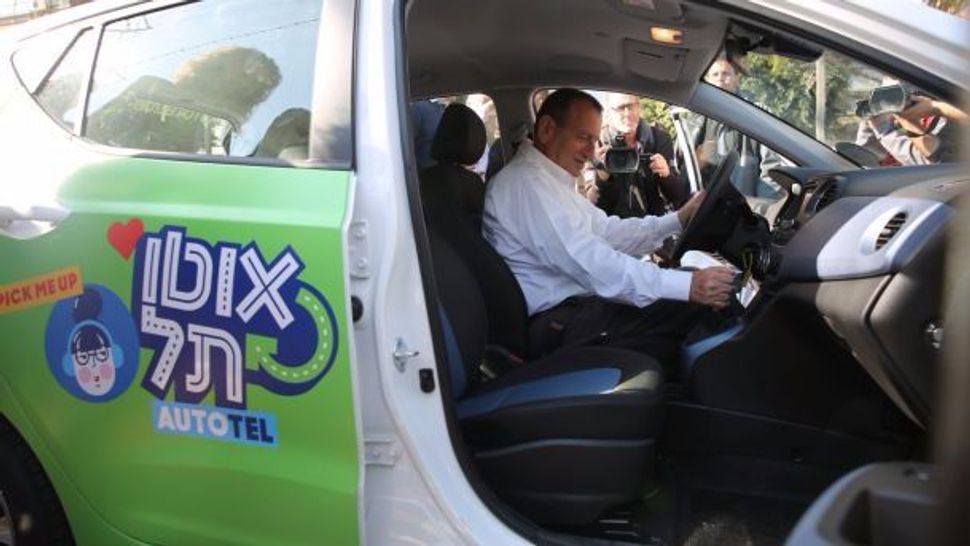 In Tel Aviv, heavy traffic and a lack of parking can add hours to commutes.

Now, the city municipality has taken a small step toward alleviating the road congestion with a new car-share program that will begin in the fall.

Drivers will be able to rent from a fleet of 260 automatic Hyundai cars around Tel Aviv that can later be parked in one of 520 parking places in the city. Users pay a fixed monthly rate of about $13.10, plus an additional per-minute cost for the rental.

City officials predict the program will be popular among car-less Tel Avivians who want to get out of town on the weekend, when Israel’s public transportation shuts down over the Sabbath.

The program, called Auto Tel, was unveiled on January 15 by Tel Aviv mayor Run Huldai, who sat behind the wheel of a green Auto Tel car in a demonstration.

“The age of private cars is coming to an end. There isn’t enough room on the road for all these egotistical vehicles,” said Huldai, according to Haaretz.