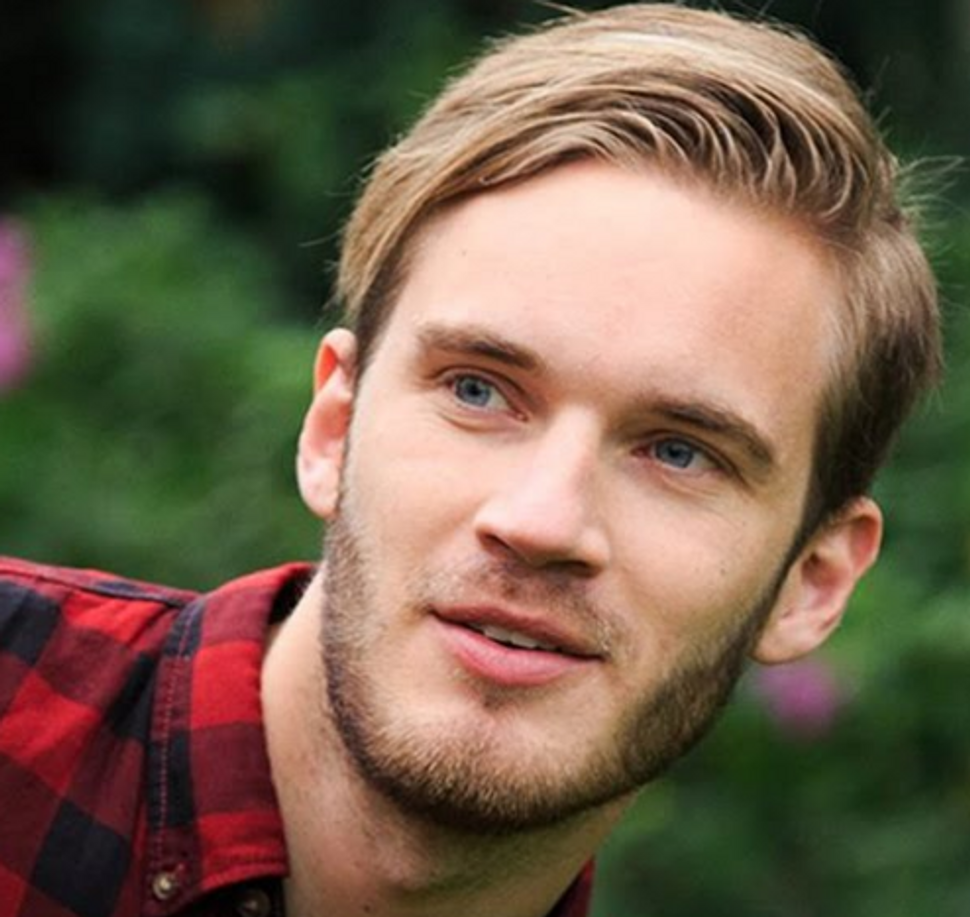 A YouTube celebrity known as PewDiePie is being forced to apologize after posting a clip in which two Indian men are seen dancing while holding up a sign that reads to “Death to All Jews.”

“I am sorry. I didn’t think they would actually do it. I feel partially responsible,” said the Swedish PewDiePie (real name Felix Arvid Ulf Kjellberg). Kjellberg paid the two men via the Web site Fiverr to hoist the sign, saying that he was curious to see if they’d do it.

Kjellberg, who reportedly earned $15 million last year, said that he has no animus toward Jews, and that it was mere harmless needling.

It’s not the first time he’s gotten into trouble for being perceived as insensitive (even the first in this month). Two weeks ago, he came under fire after appearing to utter the ‘n-word’ in a separate video.