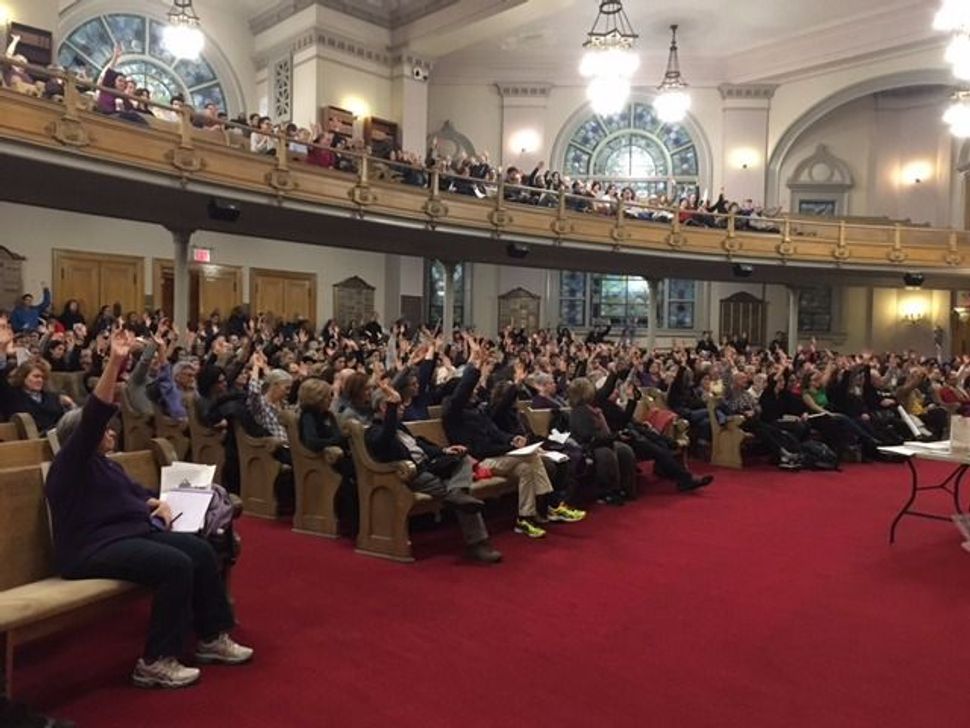 Organizers estimated that hundreds of activists attended the meeting, held in the sanctuary of Congregation Beth Elohim, a Reform congregation.

“It’s literally packed to the rafters,” said Jennifer Friedlin, a member of the group’s steering committee.

The Martin Luther King Jr. Day meeting was the group’s fourth. Working groups tied to #getorgnaizedbk have already organized a protest outside of the Park Slope home of Senator Chuck Schumer, asking him to take a hard line against Trump appointees.

Lander has been a vocal supporter of the group, using his social media presence and his City Council web page to post updates.

“He reminds people this is a marathon, not a sprint, and that the work is going to get a lot harder,” Friedlin said. “He’s really given voice to people’s fear and rage.”