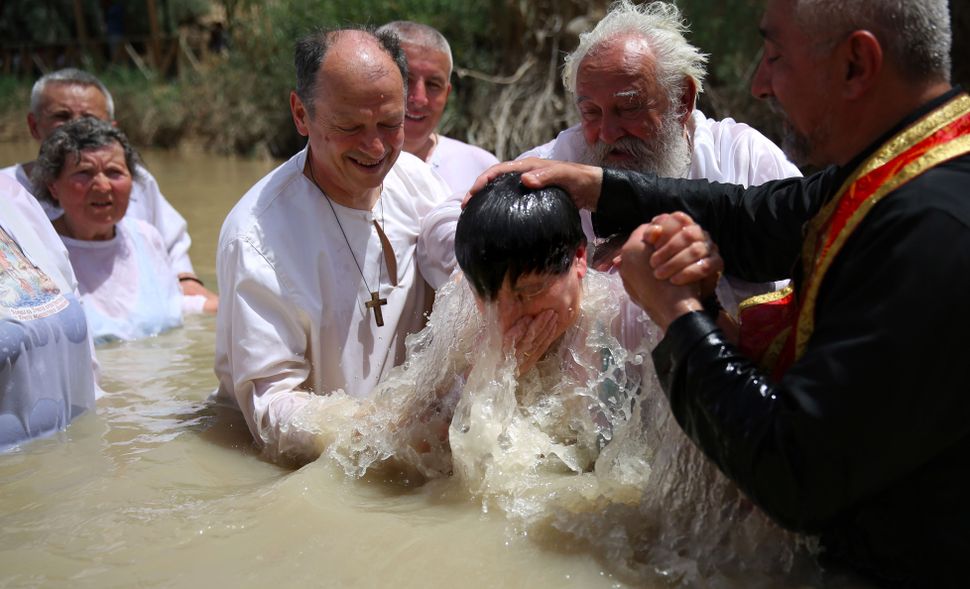 Ghost churches on the western bank of the Jordan River, near where Jesus is believed to have been baptized, could be reopened to pilgrims as part of a project to remove booby-traps and land mines.

The river banks were once a war zone between Israel and Jordan, and were littered with thousands of mines and unexploded ordnance. The two neighbors made peace in 1994 but it took many years before some mine clearing began.

The site in the Israeli-occupied West Bank opened in 2011 and has stairs for pilgrims to descend into the muddy river where John the Baptist and Jesus met two millenia ago.

The Halo Trust, a Scottish-based charity, is looking to raise $4 million to make western site safe. It says it will need two years to clear the small churches along 247 acres of land.

Most importantly, it says Israeli, Jordanian and Palestinian authorities all support the effort.

The mined area is about a half-mile from Qasr al-Yahud where Christian pilgrims already flock to be baptized.