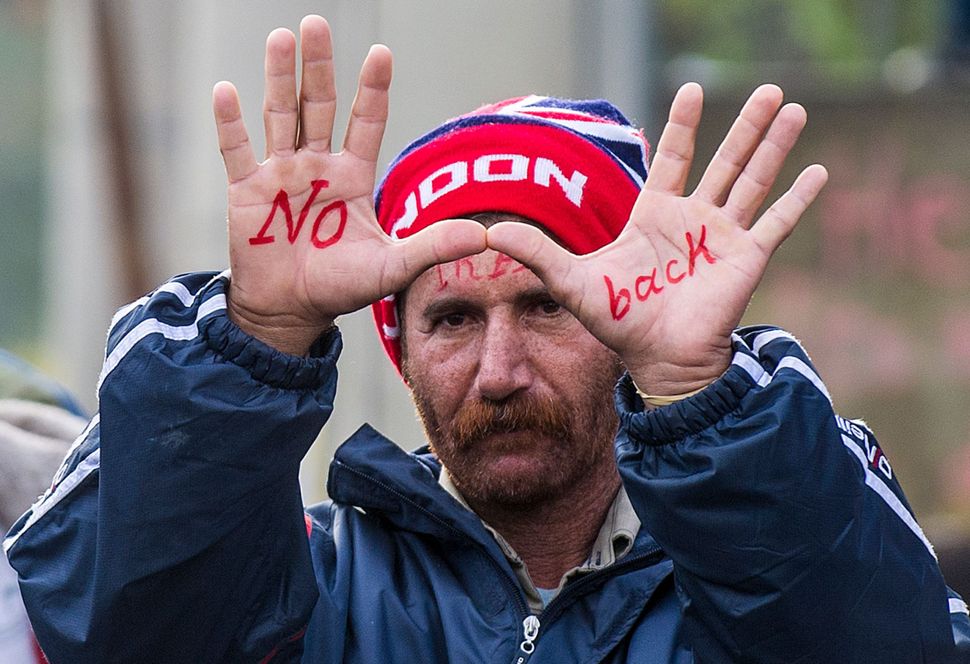 HIAS, a global Jewish nonprofit that protects refugees, released the letter on Wednesday. Formerly known as the Hebrew Immigrant Aid Society, the agency was founded in 1881 to help Jewish immigrants fleeing pogroms in Russia and Eastern Europe.

Signers of the letter included rabbis from every major denomination.

“Jewish history bears witness to the critical choice facing our country: whether to rescue those in need or to construct barriers to keep them out,” it reads. “Jews have seen America at its best, and we know what it looks like for our country to provide the chance at a new beginning.”

The letter also warns about what could happen if the United States closes its doors to refugees.

“We have seen xenophobia overwhelm our nation’s capacity for compassion, and we have seen the doors slam shut in our greatest hours of need,” it says. “Severe restrictions kept countless Jewish immigrants in danger, and too many people faced death in Europe after being turned away from these shores.”