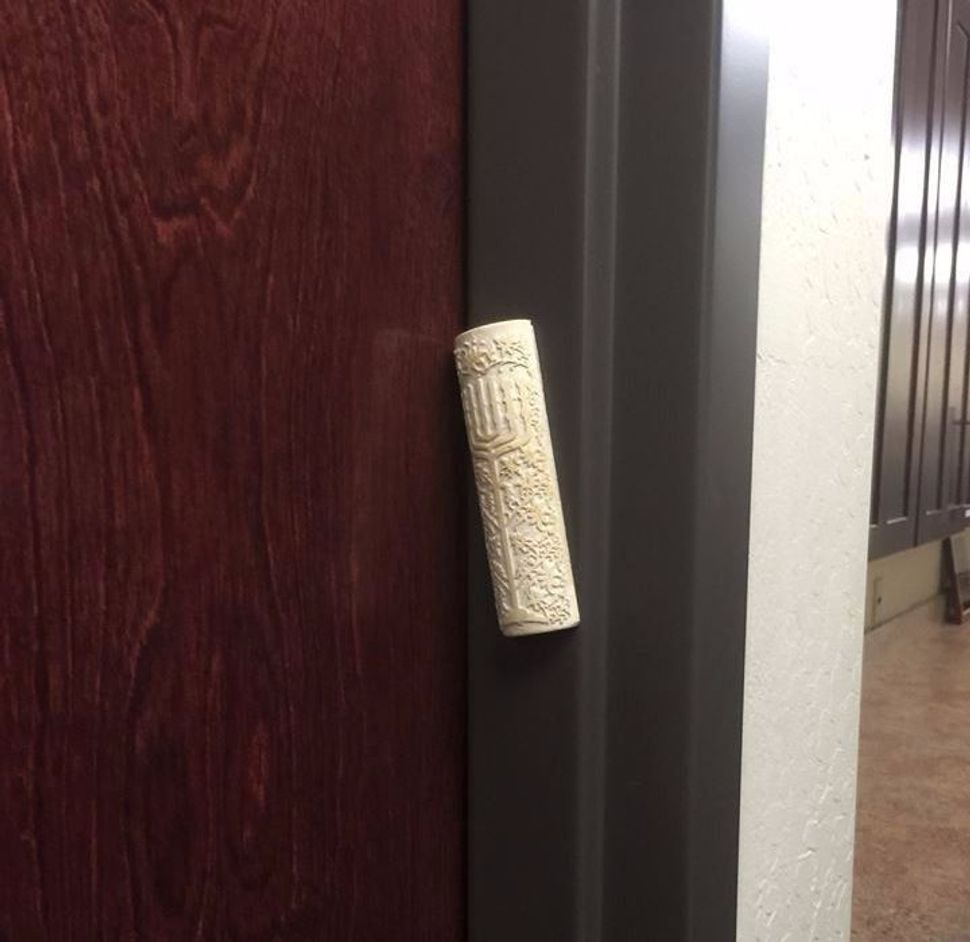 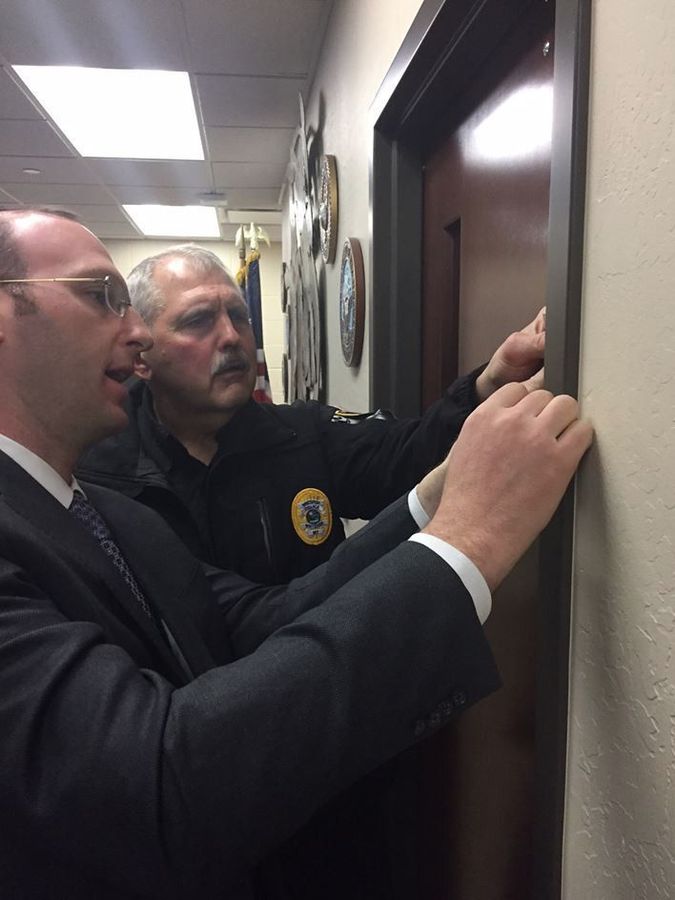 Rabbi Adam Scheier and Chief William Dial affix a mezuzah to a door in the Whitefish police station. Image by Facebook

The police force of Whitefish, Montana — the site of the neo-Nazi march that wasn’t — has just nailed a mezuzah on the door of their station in a sign of solidarity with the beleaguered Jewish community.

During a group tour of Whitefish by Orthodox rabbis from the U.S. and Canada, Rabbi Adam Scheier, a congregational leader from Montreal, asked Police Chief William Dial if he would consider putting a mezuzah on his office door.

According to public Facebook post by Scheier, Dial said, “No, I won’t put it on my office door. I want to put it in a more central location, where everyone will see it.” 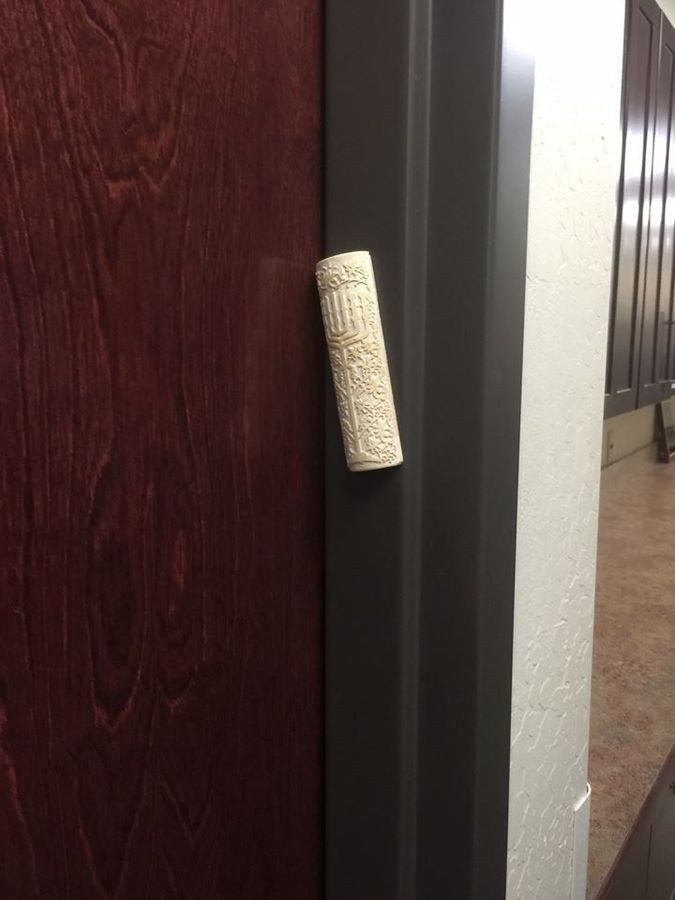 The mezuzah was purchased in Israel and is made of white Jerusalem stone. Image by Facebook

Scheir and Dial then nailed the mezuzah, purchased in Israel and made of Jerusalem stone, to a door that “every police officer passes upon entering the station,” Scheir’s Facebook post read.

Only weeks ago, neo-Nazi blogger Andrew Anglin vowed to lead an armed march in this ski-town against members of the Jewish community. Whitefish is hometown to the white nationalist Richard Spencer, who popularized the term “alt-right.” The neo-Nazi march was organized in support of Spencer and his family, who white nationalists claimed were being unfairly targeted by Jewish activists.

Anglin’s march fell through after he failed to acquire a permit, but for weeks Jews in the city were bombarded with online threats. Anglin has vowed to reschedule his march, perhaps for next month.