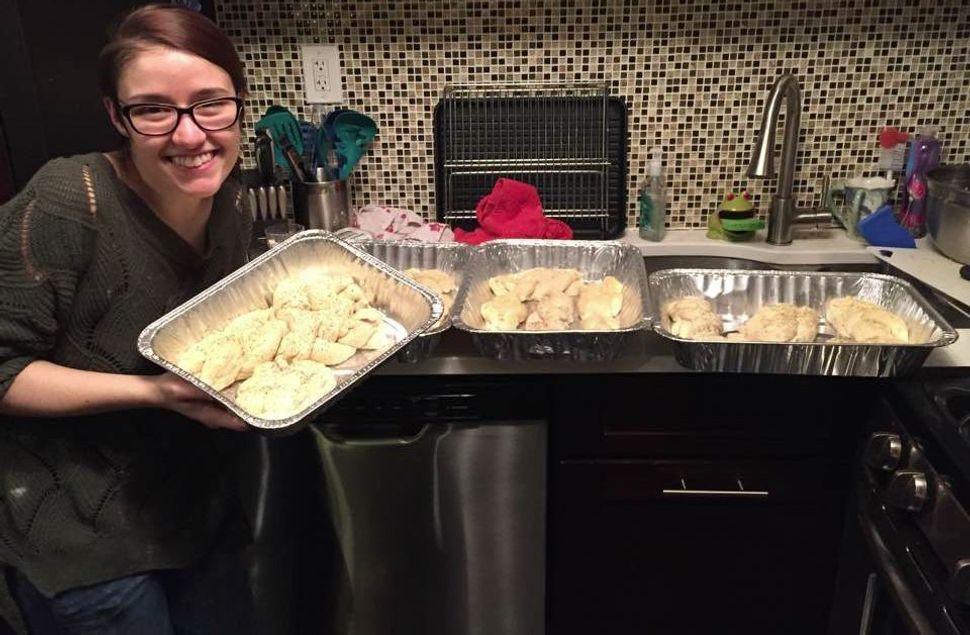 On Thursday night, dozens gathered at the Base DWTN synagogue near Union Square to bake challah and other traditional Sabbath foods to hand out to those marching in Saturday’s Women’s March on New York City.

Rabbi Avram Mlotek, a Base co-founder and the rabbi of Base DWTN, told the Forward that many members of his community were going to be attending the march and wanted to incorporate a bit of the Sabbath into their Saturday. “We figured why not give out challah, mandelbrodt and other treats as we march to spread some Shabbat cheer, as it were, while also gathering with folks the night of, to remind ourselves what we’re really marching for.”

The group also made placards for Saturday’s march, featuring phrases such as “Orthodox rabbi against hate” and “This is what a feminist looks like.”