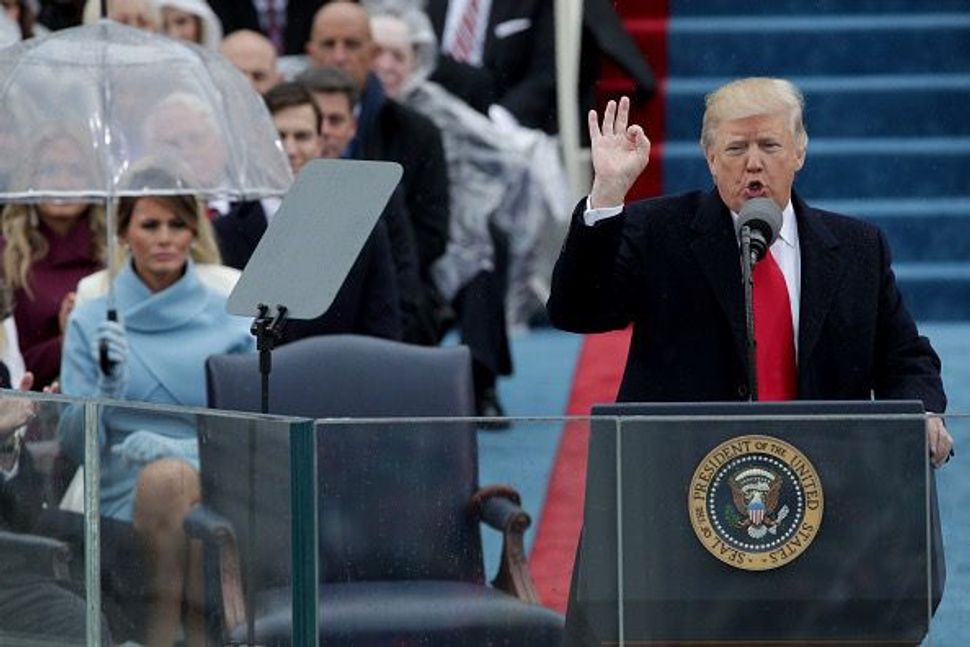 President Donald Trump told the assembled crowd at his inauguration that he was going to put “America First,” echoing promises he made on the campaign trail.

“A new vision will govern our land,” Trump said, outlining his vision of economic nationalism and protectionism. “From this day forward, it is going to be only ‘America First.’”

Such a reference harkens back to the 1930’s, when Charles Lindbergh and other isolationists formed the America First Committee, a group devoted to keeping America out of the gathering conflict in Europe. Lindbergh and his fellows often blamed Jews for trying to involve the United States in the war with Nazi Germany, and this tainted the famous airman’s reputation.

Speaking to the media, Trump has claimed that he does not intend to reference Lindbergh. But he’s continued to use the slogan, even after learning its provenance. Is this a dog-whistle to the “alt-right?” We’ll soon have ample opportunity to figure that out.