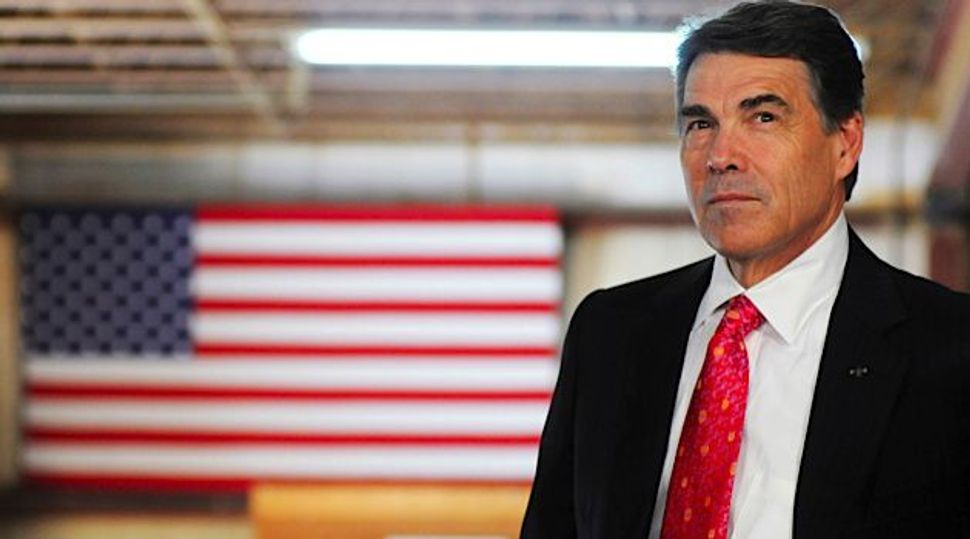 While Rabbi Marvin Hier gave a blessing after the inaugural speech of President Donald Trump, Rick Perry had other things on his mind — and in his mouth.

Here’s Rick Perry blowing a bubble with his gum behind President Trump as the rabbi spoke pic.twitter.com/zrvrINKISs

Video shows him standing behind the president, sucking on gum and blowing a bubble during Hier’s address. Anyone’s who spent time in shul knows it’s hardly a cardinal sin to suck on candy while the rabbi is giving his sermon. But at the inauguration?

The former Texas governor and Trump pick for Energy Secretary does have a memorable history of faux pas. He forgot the names of the federal departments he wanted to eliminate while on a debate stage four years ago (one of them was Energy). And there’s a video out there of him getting too excited about a bottle of maple syrup. Add this to the annals now.