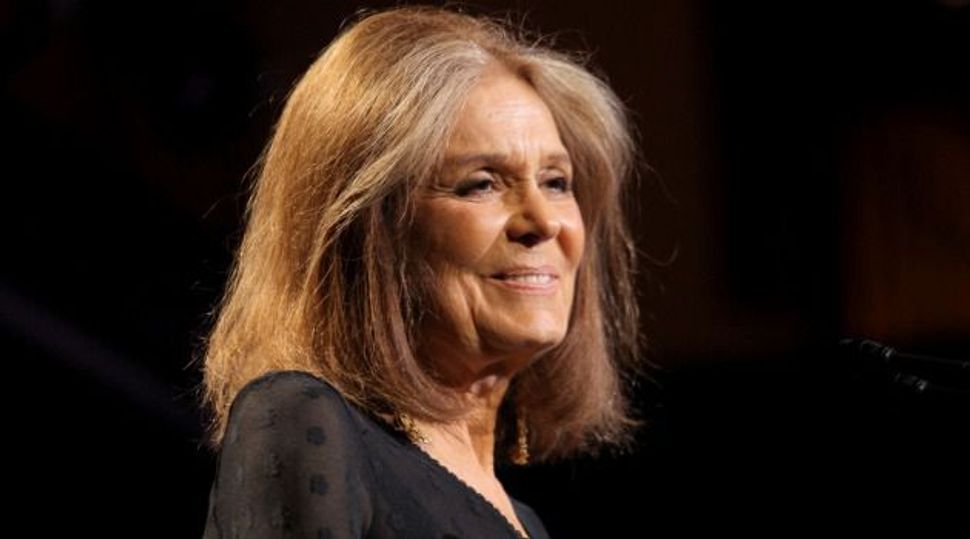 “I have met the people, and you are not them. We are the people. Just this march in Washington today required a thousand more buses than the inauguration,” she told the assembly, addressing President Donald Trump. “Remember the Constitution does not begin with ‘I, the President,’ but ‘We, the People.’ So, don’t try to divide us. If you force Muslims to register, we will all register as Muslims.”

“This is the upside of the downside. This is an outpouring of an energy and true democracy like I have never seen in my very long life,” she said. Recalling the deaths of Martin Luther King, President John F. Kennedy and his brother Robert Kennedy, and Malcolm X, Steinem said that she remembered “when things were worse.”

Along with civil rights activist Harry Belafonte, Steinem is headlining the Women’s March as honorary co-chair. She founded the National Organization for Women and Ms. Magazine more than four decades ago, serving as one of the leading lights of Second Wave feminism. Now an octogenarian, she has continued to be active in liberal causes, penning a new memoir called “My Life on the Road” and endorsing Hillary Clinton’s presidential campaign.