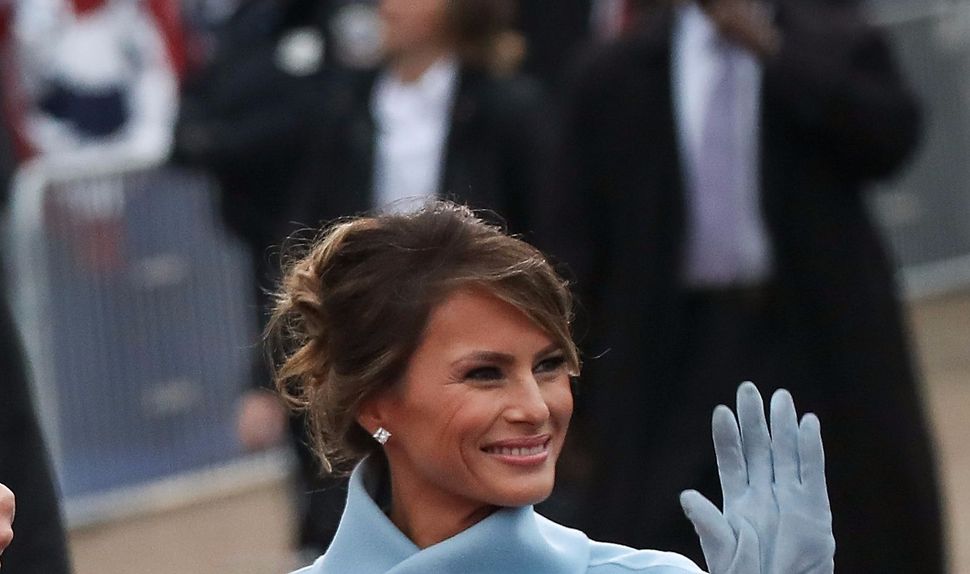 Her chic hairdo — with an unusual swept-up look — came courtesy of longtime Israeli stylist Mordechai Alvow, who has styled Trump’s hair for over a decade.

Alvow told Us weekly that he let his client’s classic blue outfit dictate his approach to her hair.

“The outfit had beautiful tailoring, including a super high collar that is great for her long neck, and a 1950s feel, modernized with a touch of origami shapes,” Alvow said. “It was important to make sure her hair not interfere with the clean lines and monochrome color.”

“So we decided to put her hair up, which also allowed her amazing bone structure to take center stage,” he said.

Alvow told Yahoo Beauty that he doesn’t know if he will be doing the First Lady’s hair on a regular basis.

“We’re taking it a day at a time,” Alvow said. “So we will cross that bridge together as it comes.”