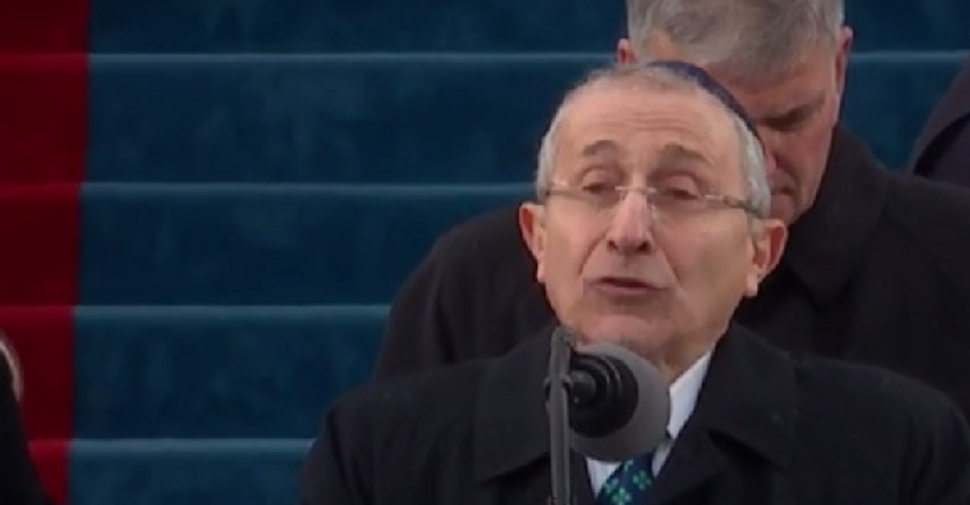 Rabbi Marvin Hier was bombarded with anti-Semitic messages after delivering an invocation at President Trump’s inauguration.

After the prayer on Friday afternoon, the 77-year-old leader of the Simon Wiesenthal Center received hundreds of racist and anti-Semitic messages, the Times of Israel reported.

Some called to “light the Jew on fire,” or claimed “the Jew put a spell on us,” while others made references to Hitler and Nazi gas chambers. Many of the users are associated with white supremacist or anti-Semitic groups.

What the hell is some Jew rabbi doing at the inauguration?! They are the enemies of America !

Hier was among six clerics who participate in the inauguration. Before the ceremony, Hier said he believed that “all of us should pray for [Trump’s] great success, because his great success means our great success.”

His appearance was controversial with liberal Jews, some of whom believed his presence signalled an endorsement of Trump’s ties to so-called ‘alt-right’ racists and anti-Semites, along with his disturbing comments about women.

But he insisted all Americans should stand behind the president and cheer for a successful term.