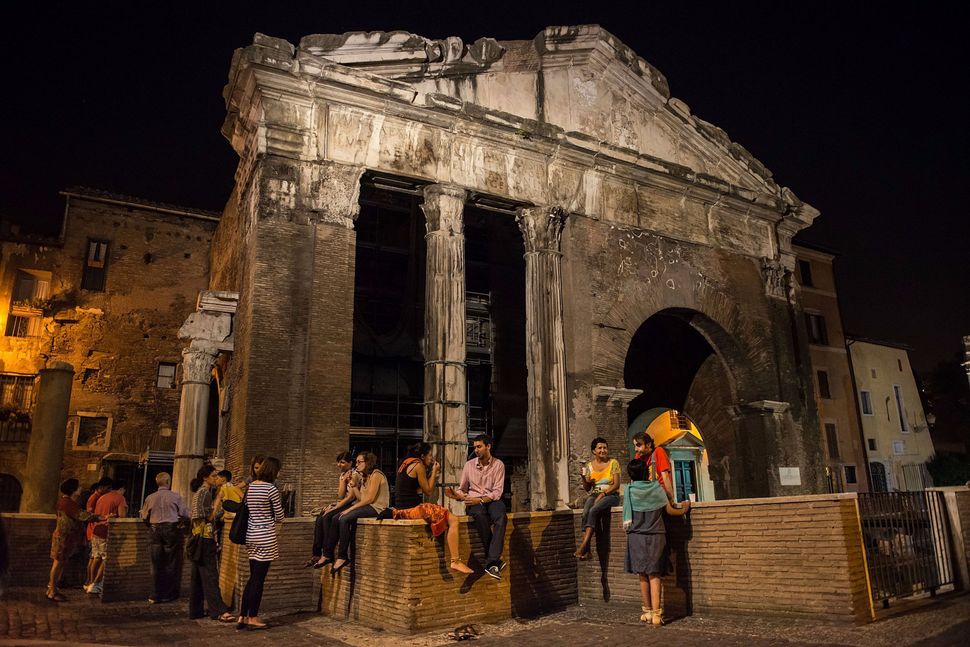 ROME (JTA) – Hundreds of people ran through the streets of downtown Rome over the weekend to commemorate the Holocaust and look to the future.

Dubbed “Run for Mem”, Sunday’s road race was part of a wide range of events on and around International Holocaust Remembrance Day, which takes place on January 27, the anniversary of the 1945 liberation of the Auschwitz-Birkenau Nazi death camp.

Ranging in age from young people to grandparents, the runners wore white T-shirts emblazoned with the race’s slogan, “Race for Remembrance, Looking Ahead.”

The race followed two itineraries starting and ending near the city’s main synagogue in Rome’s old Jewish ghetto and taking runners past sites related to the World War II persecution or deportation of Jews. On hand was Shaul Ladany, an Israeli athlete who survived the Holocaust and also survived the massacre of Israeli athletes at the Munich Olympics in 1972.

“Today we are here for something important,” he told the media. “To defend memory, and to make it a value that is ever more alive.”