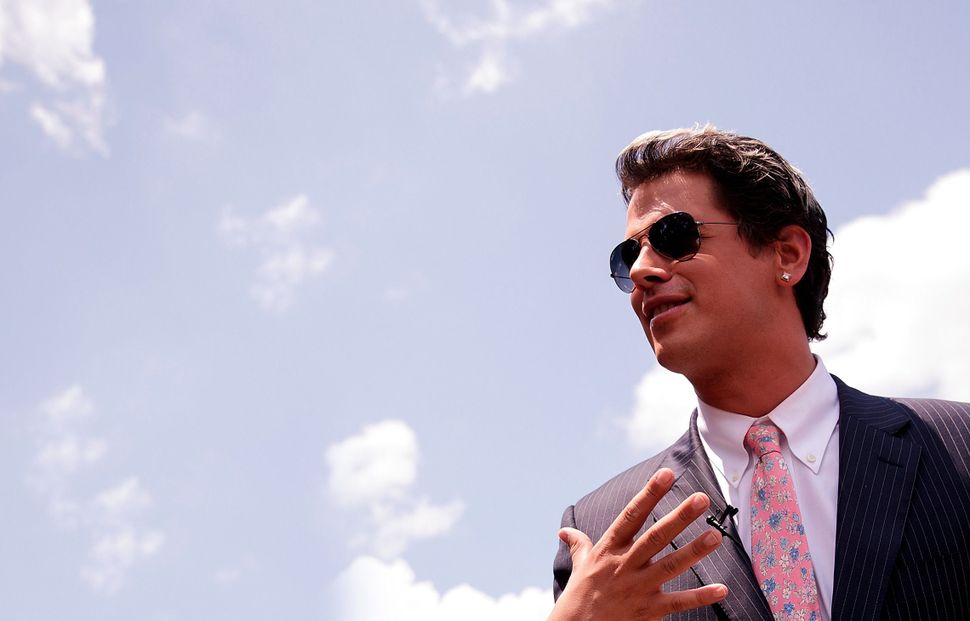 “Lena Dunham, Amy Schumer, we’ll get onto those harpies in a minute. I have three words of advice for these odious babies,” the Breitbart News editor said, uttering a three-word expletive that was bleeped on an audio recording.

He was mocking the two for backing former Secretary of State Hillary Clinton in the presidential election, and for supposedly reneging on a promise to leave the country after President Donald Trump’s victory. He proposed deporting them to Cuba, and proceeded to call Schumer a “c***.”

Yiannopoulos cuts a controversial figure, as a fellow traveler of the “alt-right,” who professes a love for Trump and regularly makes racist, sexist and anti-Semitic statements.

He has published articles equating feminism with cancer, insulted Jews in the media and referred to the actress Leslie Jones as a “black dude.”

He is now visiting American university campuses on his “Dangerous Faggot” tour, spurring protests at a number of colleges. Originally from Britain, Yiannopoulos is openly gay and is Jewish, according to Jewish law, due to his maternal ancestry.