A ‘Cheeky’ 50-Foot-High Plea to Trump on Jerusalem Embassy 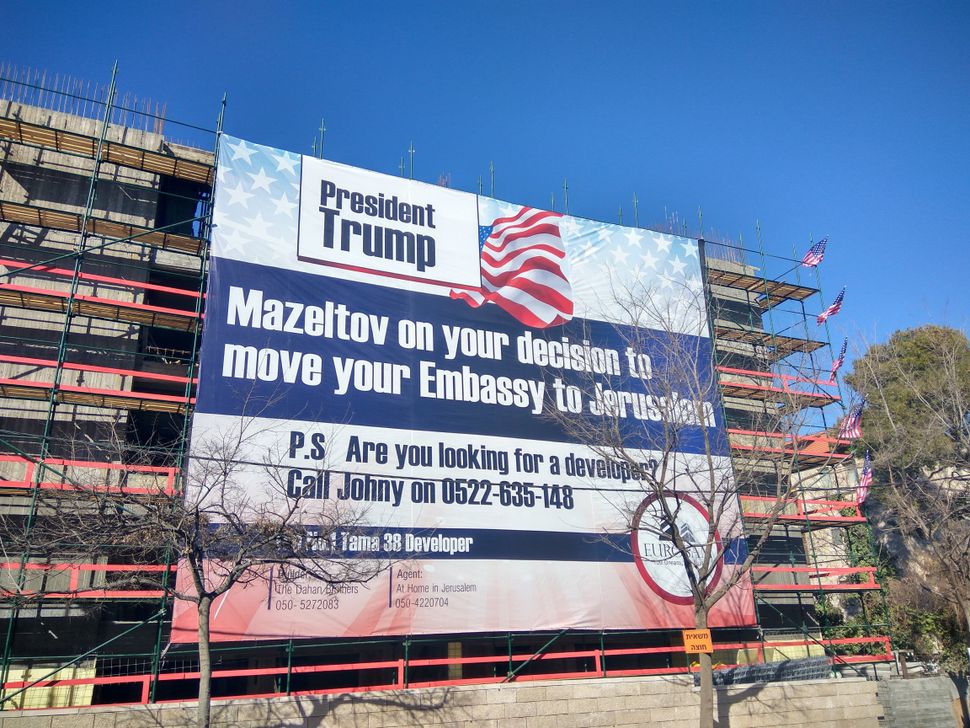 An Israeli developer has draped a 50-foot-tall sign on the facade of a Jerusalem building advertising himself to Donald Trump as the man to build the U.S. embassy in Jerusalem.

Trump promised to move the U.S. embassy to Jerusalem from Tel Aviv during his campaign, a pledge made but never fulfilled by several other American presidents.

“It’s the Jewish chutzpah,” Finn said in an interview with the Forward. Finn, a British Israeli who lives in the West Bank settlement of Efrat, called the sign a “cheeky Jewish joke” that touched on current events.

Finn is in favor of moving the embassy from Tel Aviv to Jerusalem as a gesture to show that the United States stands by Israel. He is sure that Trump will do it, calling Trump “as straight as they come.” 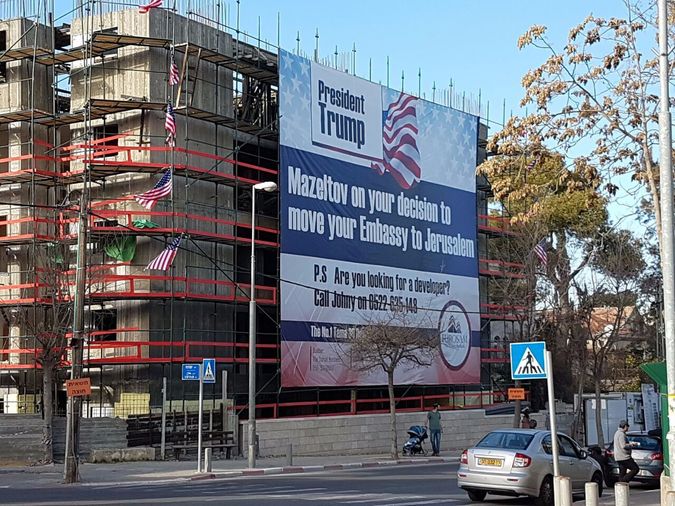 Finn’s sign hangs on a building in West Jerusalem’s Baka neighborhood. The building is empty of tenants during repairs.

Even so, Finn said that several apartment owners made note of the large sign, including one left-wing couple who were upset about the message.

A ‘Cheeky’ 50-Foot-High Plea to Trump on Jerusalem Embassy