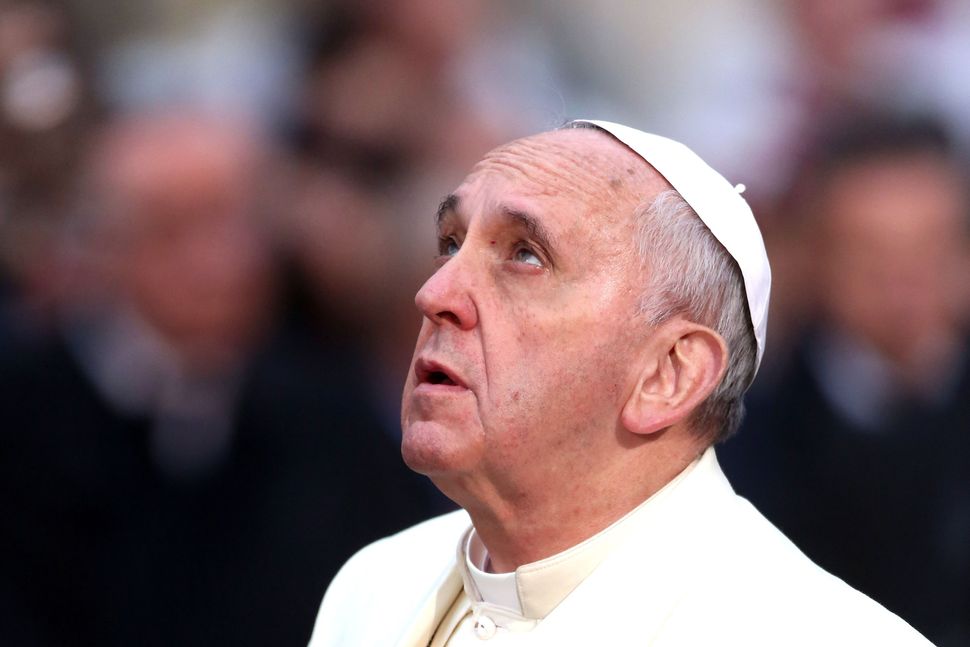 Pope Francis is warning against growing populism in Europe — pointing out that similar nationalist sentiments led to the election of Adolf Hitler.

“In times of crisis, we lack judgment,” the pontiff said in an interview with the Spanish outlet El Pais, according to an NBC translation.

“The most obvious example of European populism is Germany in 1933. After the crisis of 1930, Germany is broken, it needs to get up, to find its identity, a leader, someone capable of restoring its character, and there is a young man named Adolf Hitler.”

The pope went on: “Hitler didn’t steal the power, his people voted for him, and then he destroyed his people.”

During that same interview, the pope spoke about the rise of President Trump, striking a conciliatory tone despite past criticism.

“I don’t like to get ahead of myself nor judge people prematurely. We will see how he acts, what he does, and then I will have an opinion,” he said.