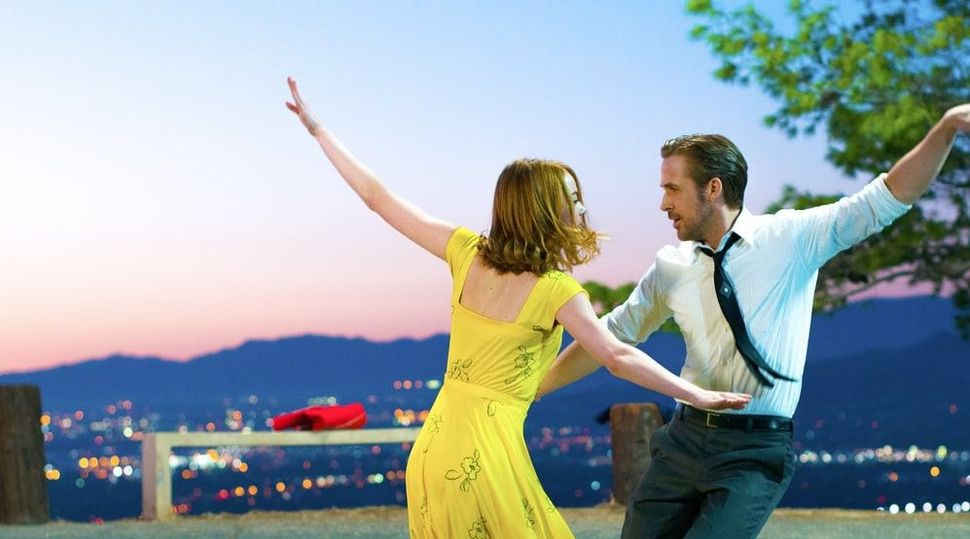 The songs in the film are written by Jewish composer Justin Hurwitz, who was roommates with director Damien Chazelle at Harvard. The lyrics are written by Benj Pasek, who is Jewish, and Justin Paul. Chazelle’s parents are Catholic, but they enrolled him in Hebrew school for four years when they became dissatisfied with their church Sunday school.

Some Jewish actors received recognition. Natalie Portman received a best actress nomination nod for her portrayal of former first lady Jacqueline  Kennedy in the film “Jackie,” and Andrew Garfield was nominated for Best Lead Actor for his performance in “Hacksaw Ridge.”

The first spin-off from the Harry Potter film series, “Fantastic Beasts and Where to Find Them,” which features two Jewish characters, received a nomination  in costume design.

Mel Gibson, who is remembered in the Jewish community for his anti-Semitic tirade during a 2006 traffic stop, was nominated for best director for his film “Hacksaw Ridge.”