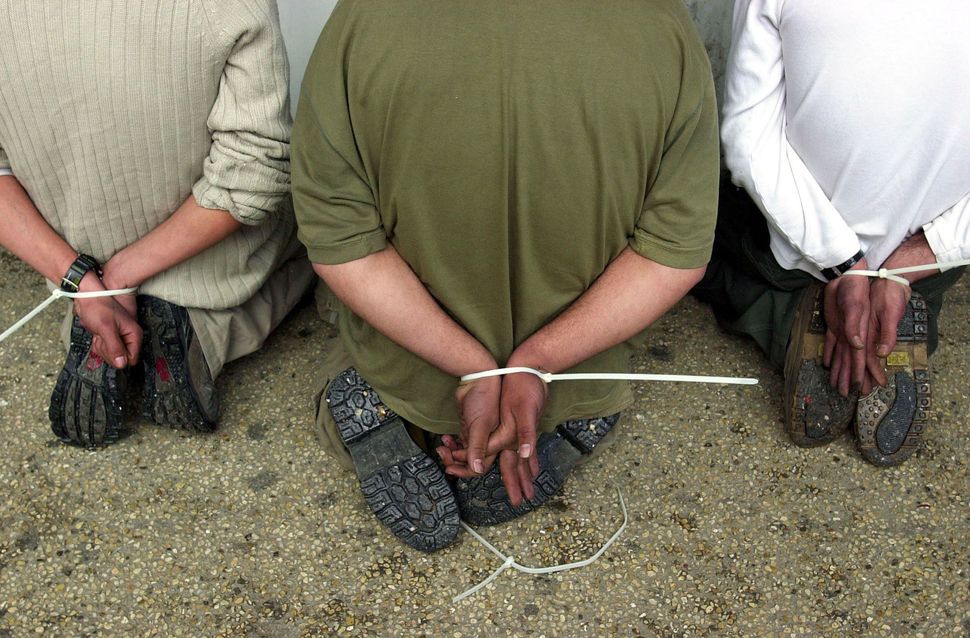 Israeli torture methods include slapping prisoners, shouting at them and forcing them to squat against a wall handcuffed for long periods of time, according to a Haaretz report that provided a rare look into torture in the Israeli prison system.

Haaretz was witness to a conversation among interrogators that yielded new details about how interrogators use torture to gain information from prisoners, usually Palestinians. In December 2015, Jewish terror suspects in a high profile arson case that killed a Palestinian family also said they were tortured.

Torture, or “special means” as the Israeli security establishment calls it, has long been shrouded from the public eye. As the report noted, usually torture accounts at the hands of Israeli interrogators come from those on the receiving end of torture.

In the conversation to which Haaretz was witness, interrogators also described back-bending, when a suspect is bent backward over a stool with his arms and legs cuffed. Another method is cuffing a suspect’s hands behind his back and forcing him to raise them to shoulder height.

Israel’s High Court outlawed torture in 1999, but a subsequent attorney general later allowed its use with restrictions. According to Haaretz, the use of torture is now on the rise in Israel.