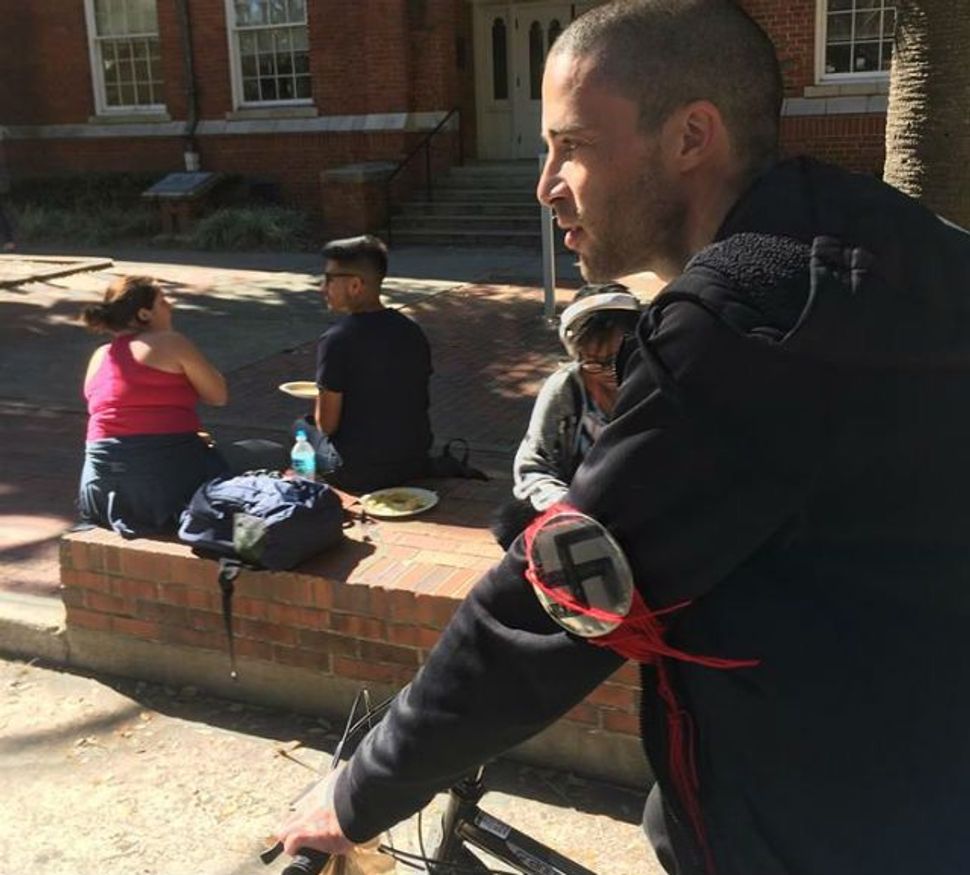 A man wearing a swastika armband was spotted riding a bicycle on the campus of the University of Florida in Gainesville Tuesday, setting Jewish students on edge.

The Alligator, the independent student paper, reported that coinciding with the incident, the Jewish Student Union was finishing up a day of Jewish Heritage Month promotion.

Avichaim Snyder, a Jewish UF student, recalled being “shocked” then “aggravated” after witnessing the man with swastika.

Snyder said a campus police officer spoke to the man but let him go.

“I would’ve preferred the cop to tell him to take off the swastika,” Snyder said, who was in hearing distance from the cop and man’s conversation. “The fact that he let him go on his merry way without saying anything was just wrong,” the political science sophomore added.

Last year, Snyder claimed that on a day he wore his Star of David five or so students called him a dirty Jew and Zionist pig. Snyder also mentioned witnessing someone dressed up as Hitler for Halloween last year.

John Hines, a UF spokesperson, released a statement that said that the man was within his rights under the First Amendment.