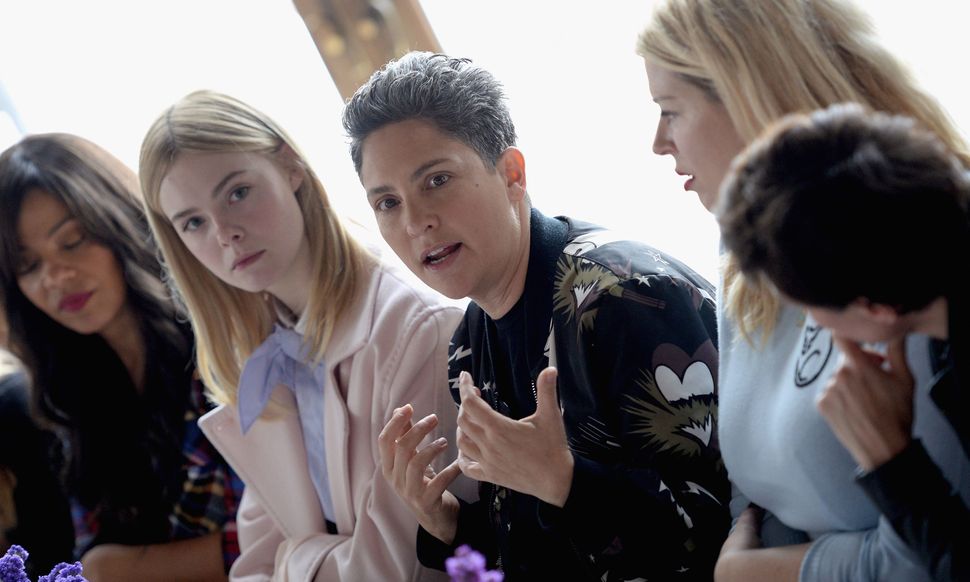 Jill Soloway, the Jewish creator of the highly acclaimed Amazon show “Transparent,” had choice words about rape in film on January 22 at Geena Davis’s Bentonville Film Festival in Utah. As Vulture reported, Soloway sat on a panel to discuss gender equity last week at the festival.

Soloway made a plea to male filmmakers to stop using rape as a ploy to entice viewers to their movies.

“We get it, guys. You want us to stay inside because you want us to be afraid we’re going to get raped,” she said. “We get it! Stop making movies and TV shows about rape. Let women make those movies if they want to.”

Actress Jessica Williams, host of the panel, asked why rape has such a large platform in male pop culture.

“I actually believe they envy our vaginas and our vulnerability, and so they project their desire for their own vulnerability onto women, and then they make films about raping them to be able to experience the feeling of the being-done-to, letting go, which they can’t do as straight men,” Soloway said.

To which Soloway retorted, “I went there.”