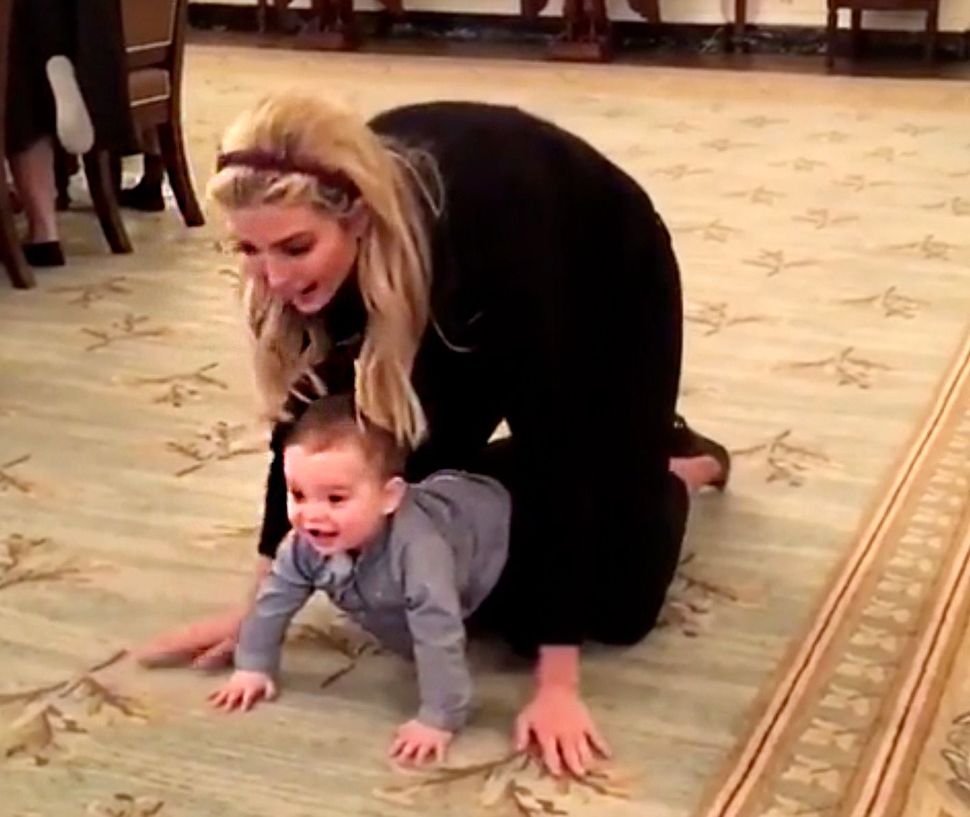 Ivanka Trump posted a video to Instagram of Theodore Kushner, her son with Jared Kushner, crawling in the White House on Thursday.

“There were so many incredible milestones this past weekend — including one for baby Theodore who crawled for the very first time in the White House!” Ivanka said in the caption to the video.

On Tuesday, the White House issued a statement asking for privacy for President Donald Trump’s son, Barron Trump, after social media users made fun of him.