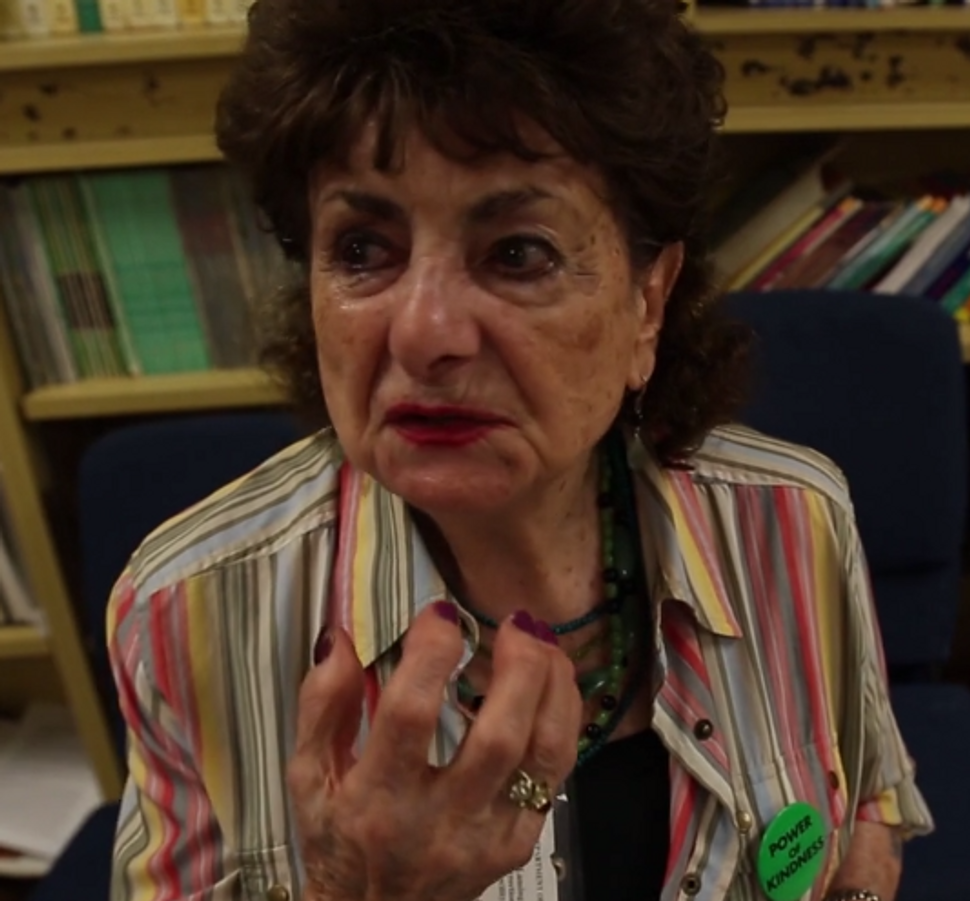 It’s Holocaust Remembrance Day, and as the number of survivors steadily dwindles, there’s a heartwarming documentary out there that follows the life of one of them, the nonagenarian Sonia Warshawski.

She lives in Kansas City, Missouri and still drives on her own and runs a tailor shop. Joie de vivre permeates “Big Sonia,” from Warshawski’s cheetah-print steering wheel to her bright-red lipstick. She arrived in Kansas City after World War II, and now serves as a Holocaust educator in her city and region, traveling to schools and community gatherings to discuss her experiences in Bergen-Belsen and Auschwitz.

“Big Sonia” (she’s not even cracking five feet) has been screening at film festivals since last fall, and it won the Napa Valley Film Festival’s prize for documentary. Check out the trailer here.