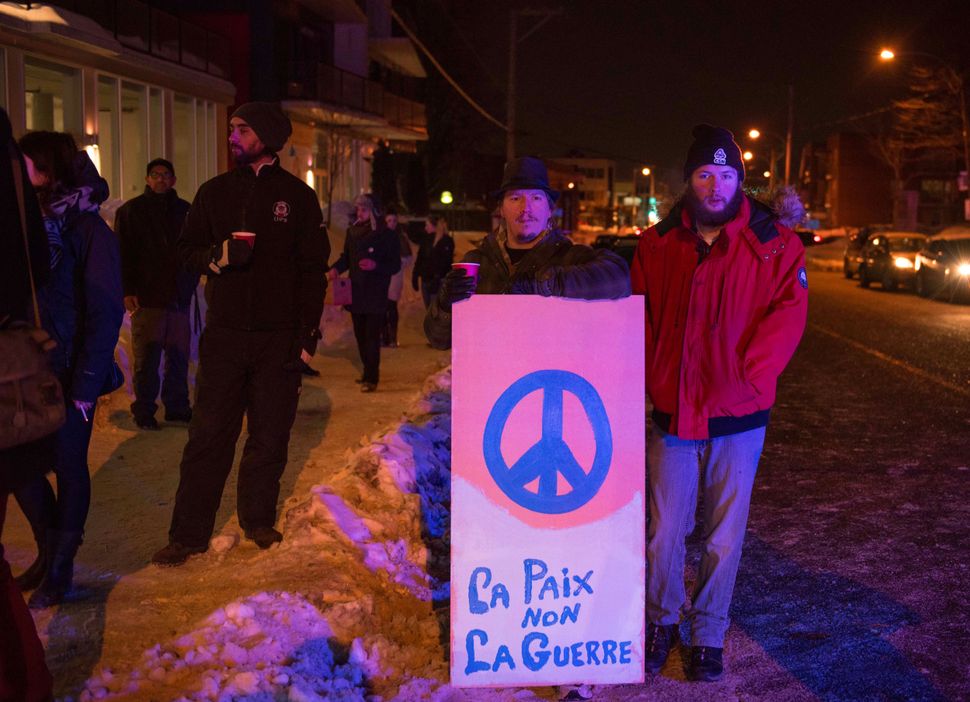 On January 29, a shooting occurred at the Sainte-Foy mosque in Quebec City that left six dead and many more injured. Authorities initially arrested two men after the attack, Alexandre Bissonnette and Mohamed El Khadir, but have since reported that only Bissonnette is being held as a suspect. Canadian Prime Minister Justin Trudeau has called the shooting a “terrorist attack on Muslims”.

The attack on Quebec’s Muslim community comes just a day after Trudeau, in response to President Trump’s targeted immigration ban, promised prospective immigrants that “Canadians will welcome you, regardless of your faith. Diversity is our strength.”

Quebec Premier Phillipe Couillard echoed Trudeau’s message of inclusiveness after the attacks: “I want to say a few words to our Québécois compatriots of the Muslim confession. We’re with you. You are home, you are welcome in your home. We’re all Québécois,” Couillard said.

The Montreal Holocaust Museum also issued a message of solidarity with the Canadian Muslim population. In a statement issued to the press, the museum wrote:

“An attack against people gathered in peaceful prayer is an Islamophobic assault that concerns all of us. We express our deepest sympathy to the families of the victims, people of the Muslim faith and all Quebecers. The murder of innocent people because of their faith is an assault on values which we hold dear, including freedom of religion and religious expression, the equal rights and protection of minorities, and particularly the sanctity of human life. The attack on the Islamic Cultural Centre of Québec is a line in the sand. This attack has been perpetrated in a context in which it has become legitimate to spread bigotry and hate, a world which targets minorities and normalises [sic] an ‘us and them’ mentality.”

The statement also included a call to action to promote understanding and respect for the “fundamental humanity that unites all of us.”