In a Rare Fumble, Sheldon Adelson Pulls Out of Raider’s Stadium Deal 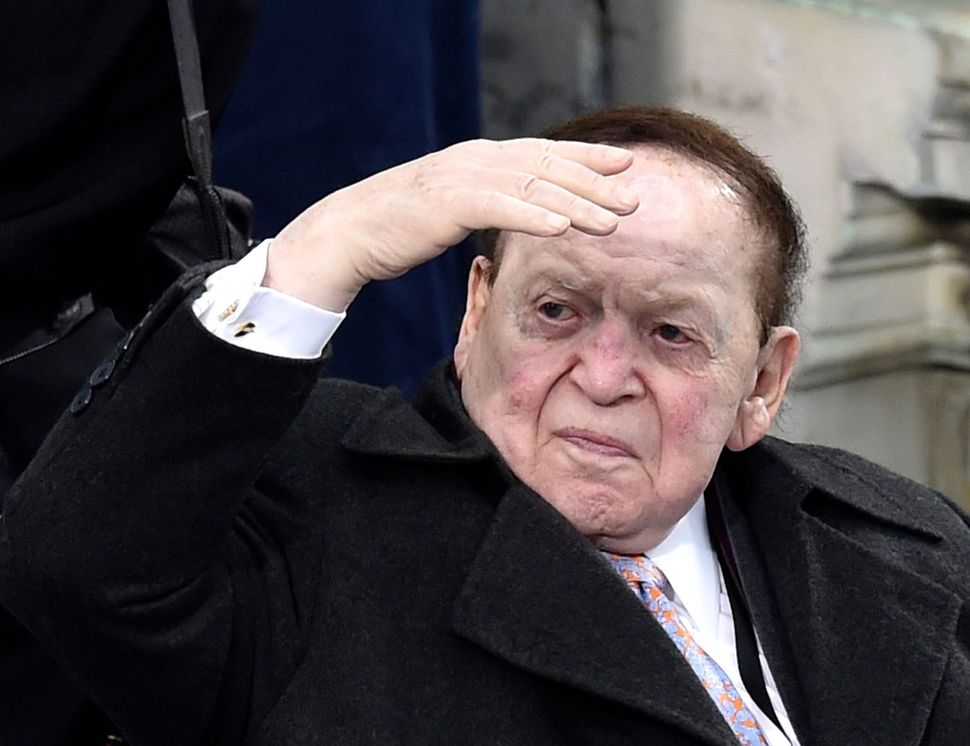 Sheldon Adelson is winning at the game of politics, as demonstrated by his front-row seat at President Trump’s inauguration ceremony, but he’s suffered a rare defeat in the world of sport.

Stung by his exclusion from the planning process to build a new stadium that would bring football to Las Vegas, the casino mogul has pulled his $650 million out of the deal.

In a terse statement put out Monday, the Adelson family made clear the separation was not amicable.

“It’s clear the Raiders have decided their path for moving to Las Vegas does not include the Adelson family,” the statement read. “So, regrettably, we will no longer be involved in any facet of the stadium discussion.”

Adelson had agreed to put up the money to help fund the building of a $1.9 billion new home stadium for the Raiders once they move to the city. For Adelson and his company, Las Vegas Sands, an NFL team in Vegas could make a lot of sense, since it would attract tourists and businesses to the city, where the company owns two massive casino hotels.

But apparently, Adelson’s proposed investment was not enough for the team to include the family in its planning process. “It was certainly shocking to the Adelson family,” their statement said. “We were not only excluded from the proposed agreement; we weren’t even aware of its existence.”

The Raiders are now pinning their hopes on Goldman Sachs to come up with new investors for their stadium.

In a Rare Fumble, Sheldon Adelson Pulls Out of Raider’s Stadium Deal