Its Sanders vs. Cruz, With Tapper as the Referee, on Obamacare 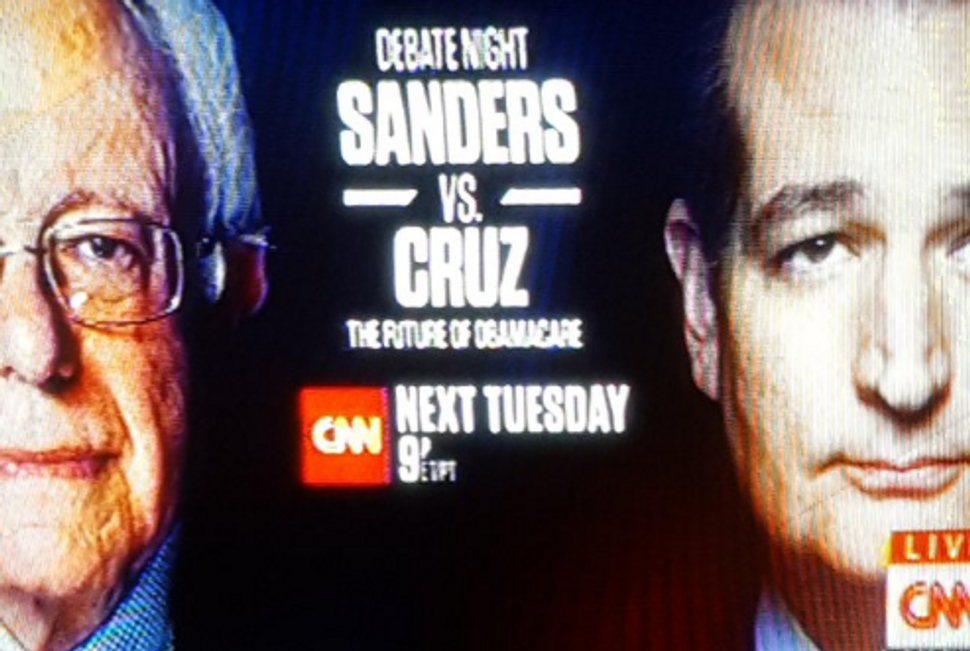 It’s the debate that never happened during the election season, but next week former presidential candidates Bernie Sanders and Ted Cruz will throw down in a CNN town-hall meeting on the future of Obamacare.

Moderated by chief political correspondent Jake Tapper, the debate will take place in front of a live audience next Tuesday at 9 p.m. Sanders, the senator from Vermont, is opposing attempts to repeal the landmark bill. During his White house run, Sanders advocated for the adoption of a single-payer healthcare model on a par with Medicare. Cruz, a the senator from Texas, has been a vehement backer of repeal legislation.

It should be a fun debate, as both have a record of hours-long filibusters on the Senate floor and fiery performances when squaring off against their primary rivals.

Its Sanders vs. Cruz, With Tapper as the Referee, on Obamacare