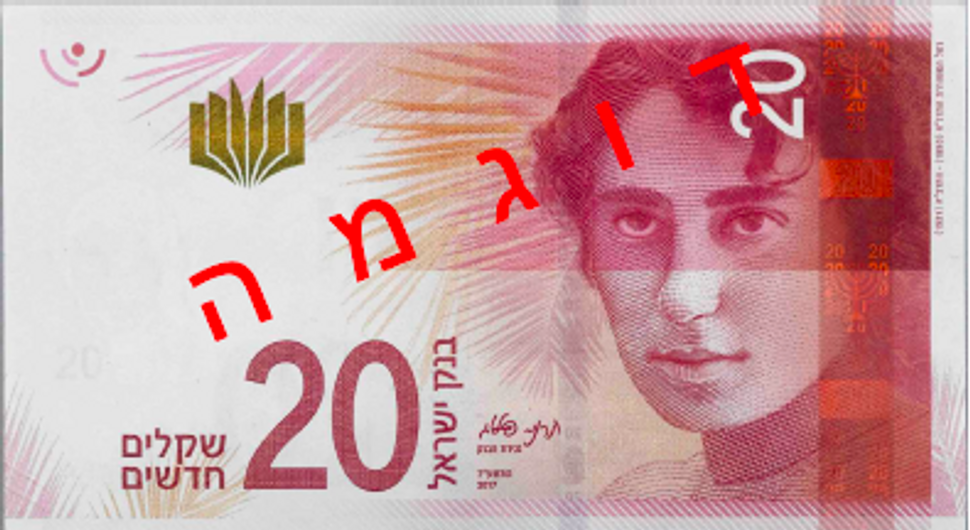 Rachel Bluwstein on the Israeli 20 shekel banknote. Image by Bank of Israel

When the banknotes are released at end of this year they will be the only Israeli bills with women on them currently in circulation.

Bluwstein, who will appear on the 20 shekel note (the equivalent of $5.30), was a Russian-born writer who immigrated to British Mandate Palestine. Known as “Rachel the Poetess,” the bill in her honor will feature a phrase from her poem “Kinneret” about the Sea of Galilee.

Goldberg, a Lithuanian-born writer who immigrated to Tel Aviv in 1935, will appear on the 200 shekel note (the equivalent of $53.20) alongside a phrase from her poem “White Days.”