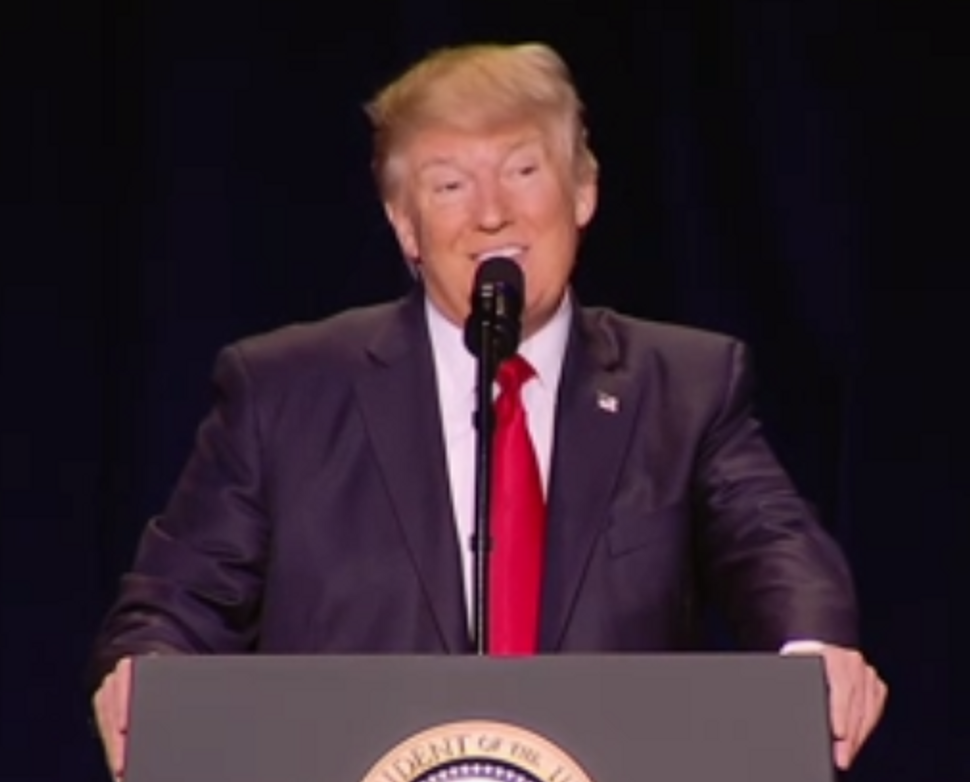 President Donald Trump asked for divine intercession at Thursday’s National Prayer Breakfast — not to defeat the Islamic State, but to boost the viewership of his former show “The Apprentice.”

“The ratings went right down the tubes. It’s been a total disaster… And I want to just pray for Arnold, if we can, for those ratings,” he told the crowd, referring to former California governor and actor Arnold Schwarzenegger, who now hosts the NBC reality program.

Trump was the host of the show for 14 seasons, helping catapult him to national recognition and celebrity. He remains on as a producer, which some have criticized on conflict of interest grounds.

Schwarzenegger said this week that he opposes the new leader’s “Muslim ban.”

“It’s crazy and makes us look stupid when the White House is ill-prepared to put this kind of executive order out there,” the Austrian-born star of the “Terminator” said on “Extra.” “To go and ban people who have a green card, that means that the United States of America has given you permission to work here permanently and you are on the way to permanent citizenship. I was in that position.”