How Jared and Ivanka Pushed Back Against the Christian Right 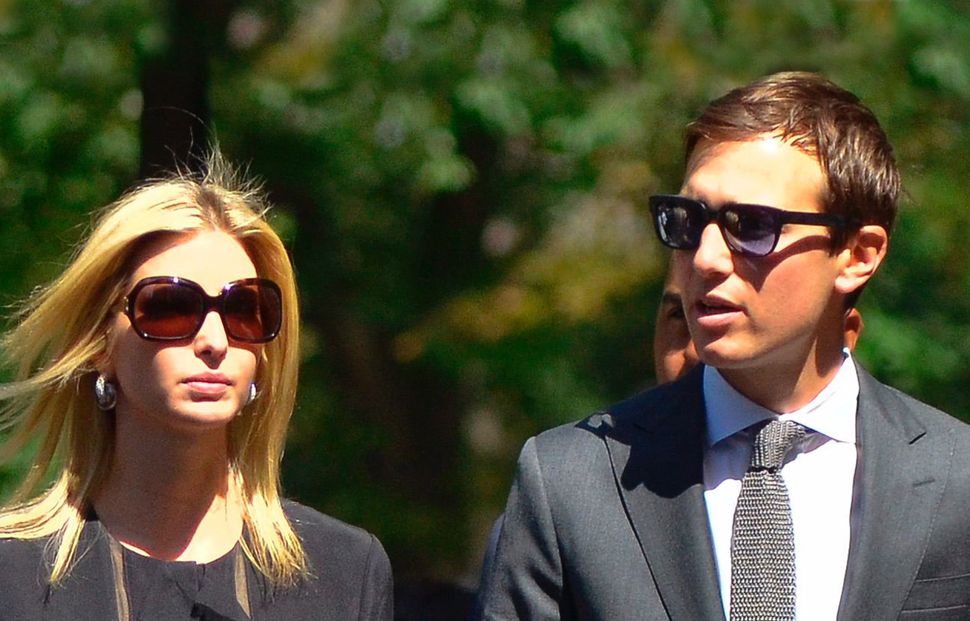 Jared Kushner and Ivanka Trump may have a new role in Donald Trump’s White House – a counterweight to Christian conservatives trying to sway the president’s agenda to the right.

Politico reports that the first daughter and son-in-law led the charge to scuttle a proposed executive order rolling back the Obama administration’s rules on LGBTQ rights, which protect employees from LGBTQ discrimination while working for federal contractors. The couple was the driving force behind Trump’s decision to ignore the proposed executive order draft and to issue a statement pledging adherence to Obama’s 2014 policy.

The debate over Trump’s LGBT policy is shaping into a battle between the Christian conservative forces, including the Family Research Council, and the young Jewish couple known for their support of LGBT rights.

“There are some in Trump’s family that have some views on these things,” a source close to the discussions told Politico. “That’s where the decision is ultimately being made.”

At the end of the day, Kushner and Trump got their way on Obama’s 2014 order, but according to the report, religious conservatives are still pushing the White House on other aspects of LGBTQ policy, such as broadening religious exemptions that would shield providers of health care or adoption services who don’t want to serve gay or transgender people.

How Jared and Ivanka Pushed Back Against the Christian Right