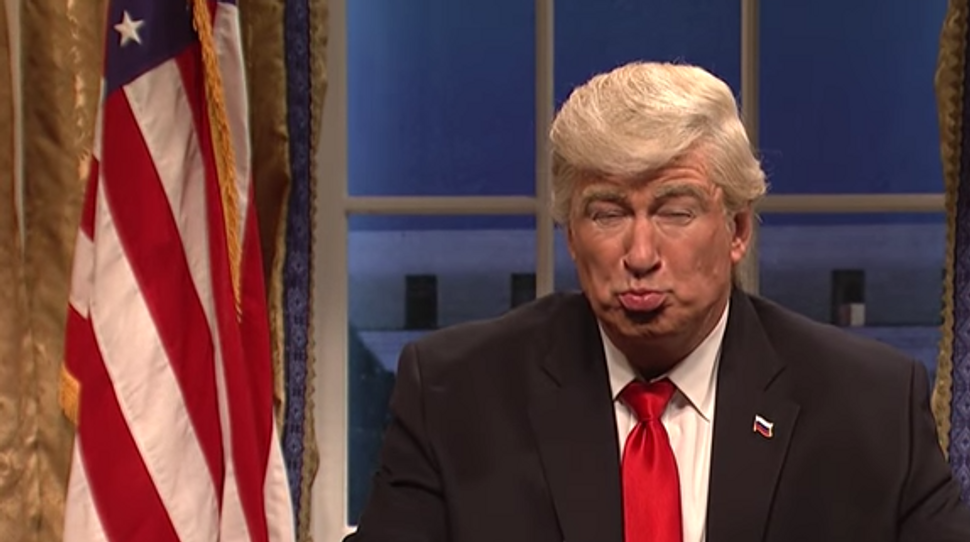 In the show’s famed cold opening, Alec Baldwin playing Trump asks an aide about Jared and Ivanka Trump, who generally do not work or use electronic devices on the Jewish sabbath.

“They always keep me so calm and make sure I don’t do anything crazy,” Baldwin says. “So, quick question – are they gone?”

After the aide replies that “Yes, they don’t work on Shabbat,” Baldwin guffaws: “When the Jews are away, the goys shall play.”

The skit went on to poke fun at Trump for somehow forgetting to mention Jews in his Holocaust Remembrance Day statement — and being so thin-skinned about the poor turnout at his inauguration.

“I want you to know, last week was Holocaust Remembrance Day and as you know, six million people were at my inauguration,” Baldwin tells Kate McKinnon playing the part of German Chancellor Angela Merkel.