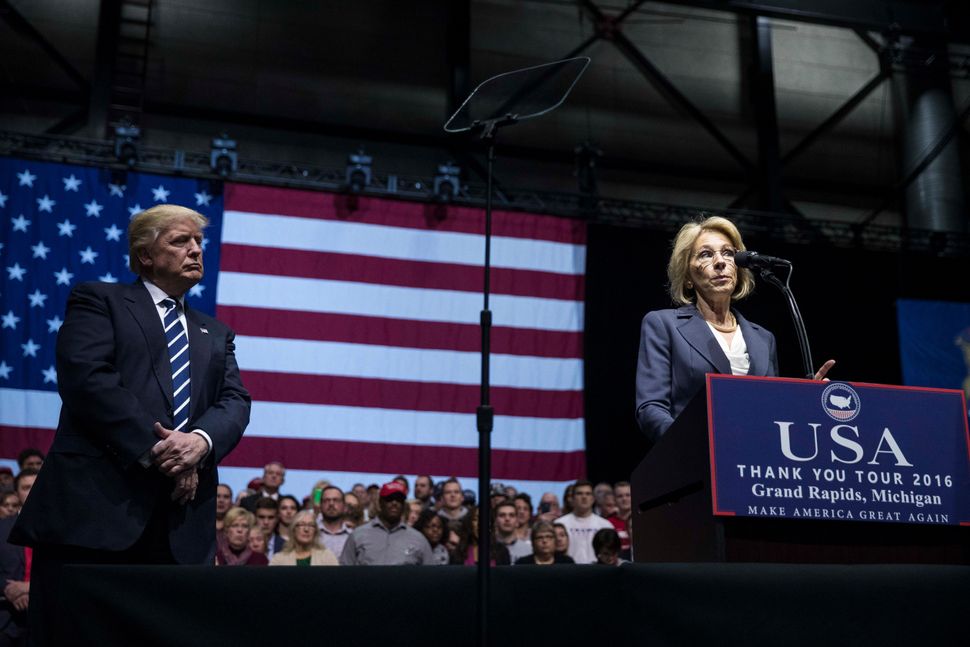 The group representing Reform Jewish rabbis in the U.S. came out against the confirmation of Betsy DeVos as Secretary of Education in a statement that raised concerns about her positions on gay rights, and her support for school vouchers.

“Ms. DeVos has declared specifically Christian goals for her approach to diverting funding from public to private education,” the Reform rabbi’s group, called the Central Conference of American Rabbis, said in a statement.

While the CCAR supports charter schools in certain circumstances, the organization said that DeVos’s approach was contrary to its ideals. It also said that it was “concerned” about her record on gay rights.

“Schools must be on the forefront of creating welcoming, inclusive environments that assure all students equal access to education and equal opportunity for advancement,” the group said.

DeVos’s is expected to face a Senate vote on Tuesday.