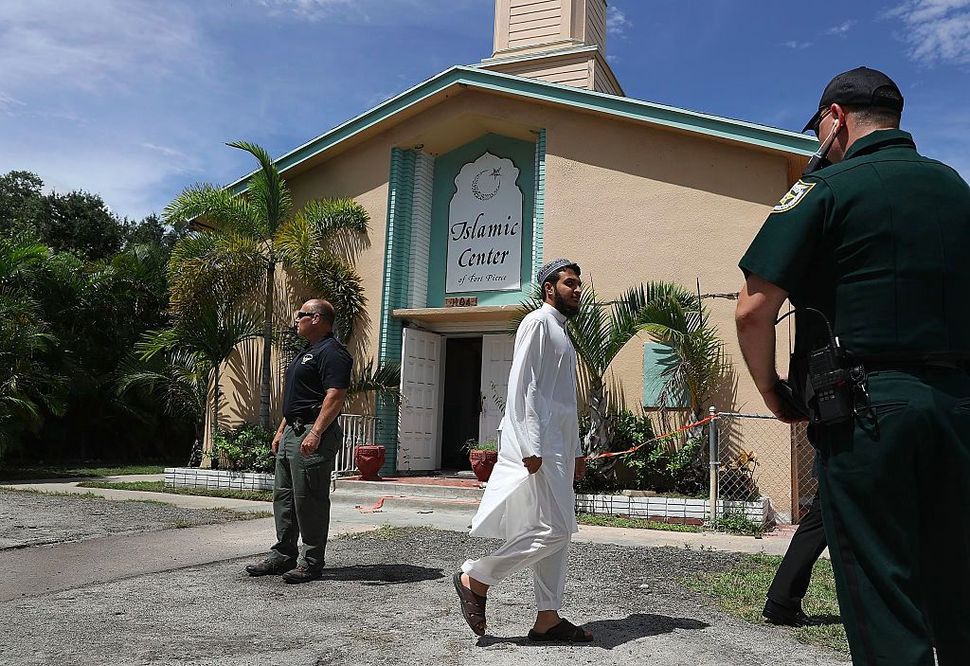 (JTA) — A Jewish ex-convict was sentenced to 30 years in prison for setting fire to a mosque that the Orlando nightclub shooter occasionally attended.

Joseph Schreiber, 32, pleaded no contest Monday in a hearing in the district courthouse in Fort Pierce, Florida, and was also ordered to pay $10,000 in restitution. He had confessed to police that he set fire to the Islamic Center of Fort Pierce last September 11, the 15th anniversary of the 2001 terrorist attacks.

Omar Mateen was killed by police officers after opening fire at the Pulse nightclub on June 12 in a rampage that killed 49 people and wounded 53.

The fire destroyed the mosque, causing more than $100,000 in damages, and the leaders recently announced they would move it to a new location. Mateen’s father is among the some 100 regular worshippers at the mosque.

Before he was sentenced, Schreiber read a written statement, saying he had acted not out of hate, but anxiety.

“My message is this to all the Muslim communities on the face of the earth: Make peace with America and make peace with Israel and stop the killings, stop the attacks,” he said.