WATCH: Protesting Rabbis Get Arrested on Purpose Outside Trump Hotel 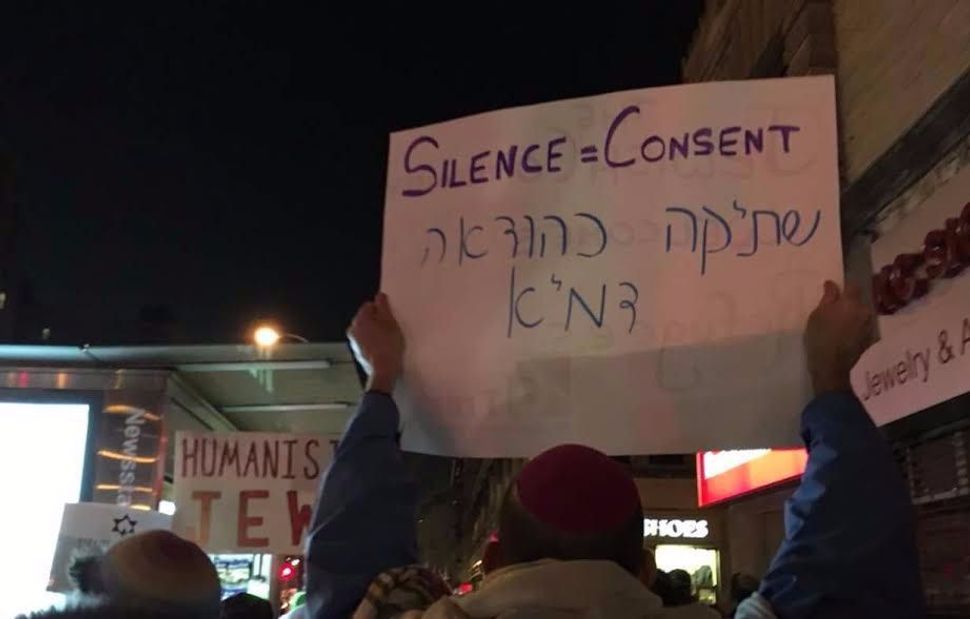 Eighteen rabbis were arrested on Monday night after sitting down in the street in front of New York’s Trump International Hotel in protest against President Donald Trump’s ban on refugees and immigrants from seven Muslim-majority countries.

Accompanied by hundreds of protesters, the march started on the Upper West Side and wended its way to the site on Columbus Circle, a flashpoint for demonstrations since the election.

Here’s video from the action, in which the rabbis and their allies carried signs, chanted prayers and played songs. The demonstration was organized by T’ruah, a rabbinical human rights organization, and the Hebrew Immigrant Aid Society, among other groups.

WATCH: Protesting Rabbis Get Arrested on Purpose Outside Trump Hotel