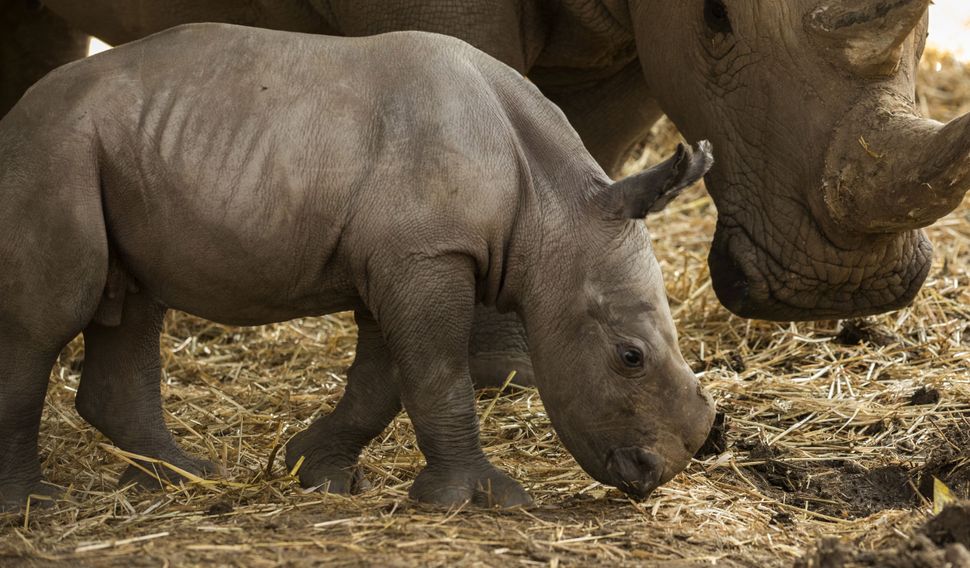 Zookeepers can’t measure Rami without traumatizing mother and baby, but they estimate that the rhino calf is 110 pounds and just over a foot and a half in height.

After a year and a half gestation, Rami’s birth is a milestone for the Ramat Gan Safari Zoo.

It brings the number of white rhinos at the zoo to 14, making it the largest rhino herd of the member countries in the European Endangered Species Program, of which Israel is a part, according to Haaretz.

The program decides where to place the rhinos, so it’s not a given that Rami will stay at the zoo. Over the years, 29 baby rhinos have been birthed at the Ramat Gan facility.

The white rhino is an endangered species, sought after by poaches for its horns, which can fetch as much as $300,000. The horns are falsely believed to have medicinal properties.