Did Munchkin Actors Grope Judy Garland On Set of ‘Wizard Of Oz’? 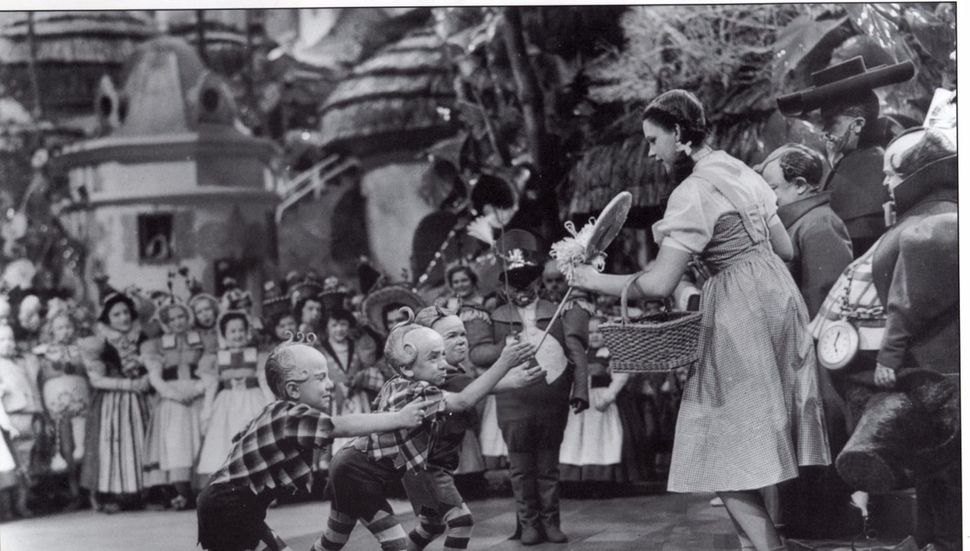 Skipping down the Yellow Brick Road on the set of “The Wizard of Oz” was more like a sexual ordeal than a carefree jaunt for Judy Garland, her Jewish ex-husband reveals in a new book.

Sid Luft writes in his forthcoming posthumous memoir that dwarf actors repeatedly fondled Garland, who was just 17 when she starred in the iconic 1939 Hollywood blockbuster, the Guardian reports.

“They would make Judy’s life miserable on set by putting their hands under her dress,” wrote Luft in Judy and I: My Life With Judy Garland.

The male actors were often given leeway because of their childlike size, claimed Luft, who died in 2005.

“The men were 40 or more years old,” Luft wrote. “They thought they could get away with anything because they were so small.”

Garland herself spoke derisively of the actors playing the Munkchins before her death.

“They were little drunks,” she said in 1967. “They got smashed every night and the police used to scoop them up in butterfly nets.”

Bert Lahr, who played the Cowardly Lion, said the Munchkins were prone to using violence and used their status to sleep with women.

“(They) brandished knives and often had passions for larger personnel,” Lahr said.

Did Munchkin Actors Grope Judy Garland On Set of ‘Wizard Of Oz’?