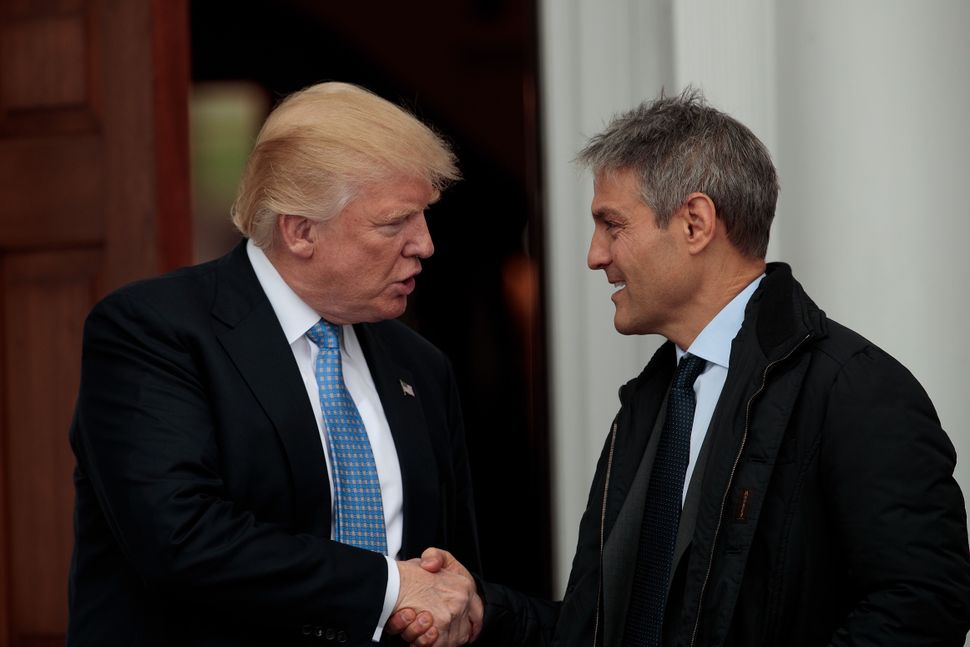 Ari Emanuel, the CEO of Hollywood talent agency WME-IMG and brother to Chicago Mayor Rahm Emanuel, announced on Tuesday that he is forming a political action committee.

Together with his co-CEO Patrick Whitesell, Emanuel sent out a company-wide memo detailing some of their plans, according to Politico.

“This company’s greatest asset is the diversity of our backgrounds and beliefs,” the email signed by both Emanuel and Whitesell read.

“Please know that we will do everything in our power to support and protect this diversity now and in the months and years ahead,” they continued.

The staff email didn’t say what kind of issues the PAC would concern itself with, but it has a bi-partisan flavor.

“No matter what side of the aisle you sit on or where you live in the world, the call for meaningful and sustained civic engagement is louder than ever,” it read.

Emanuel is a lifelong Democrat, but the powerful talent agent also used to represent Donald Trump during his Celebrity Apprentice times.

After the election, Emanuel met with his former client and is said to have discussed cabinet appointments. And there were also rumors, that Emanuel helped Trump hide damning Miss Universe tapes (Emanuel bought the Miss Universe organization in 2015 from Trump.)

Besides the creation of a PAC, the memo also announced that WME-IMG plans to introduce company-wide “matching policies to support donations of time and money” by their employees, to connect clients with elected officials and to coven forums with “politicians and allied stakeholders.”