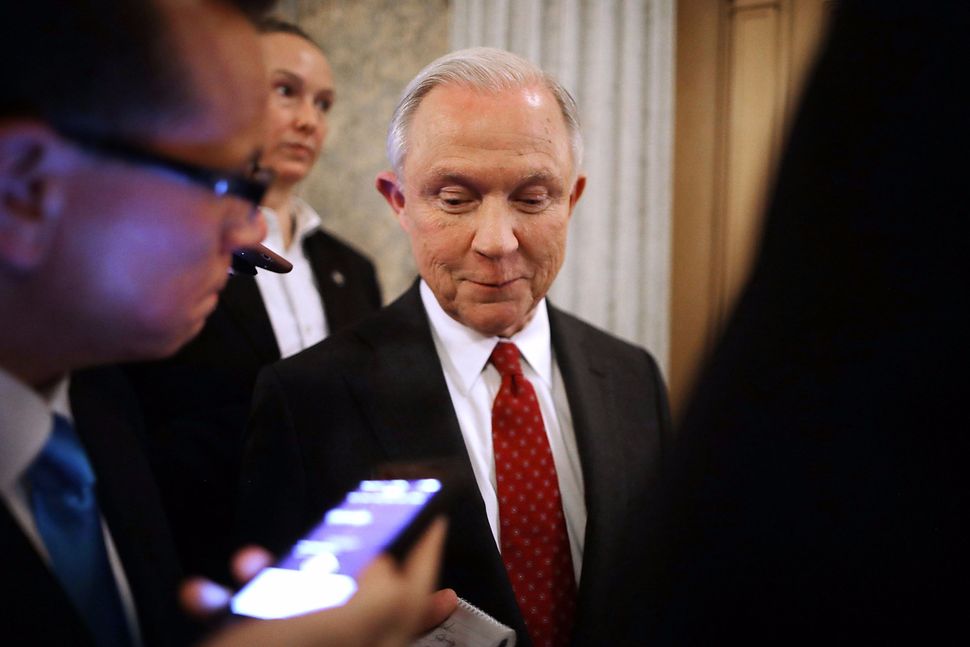 In a statement issued Wednesday night, the leadership of American Judaism’s Reform Movement said it was “deeply disappointed” by the confirmation of Jeff Sessions as U.S. Attorney General.

Sessions, a U.S. Senator from Alabama, faced strong opposition from Democrats, who has opposed various civil rights measures throughout his career in the Senate.

“We are deeply disappointed by the Senate’s vote today,” said Rabbi Jonah Dov Pesner, director of the Religious Action Center of Reform Judaism, in a statement on behalf of the Reform Movement. “As a Movement that has worked for civil rights for over 50 years, we opposed Senator Sessions’ nomination because his record in public life displays an insufficient commitment to advancing voting rights, criminal justice reform, immigration reform, LGBTQ equality, women’s rights and religious liberty, all issues for which we would expect any Attorney General to be a champion.”

In January, Pesner raised similar concerns about the Sessions pick.

“As Senator Sessions assumes his role as Attorney General, we remain hopeful that he will enforce the law in a way that protects all people, regardless of regardless of race, class, sex, gender identity, sexual orientation or national origin,” Pesner said Wednesday.