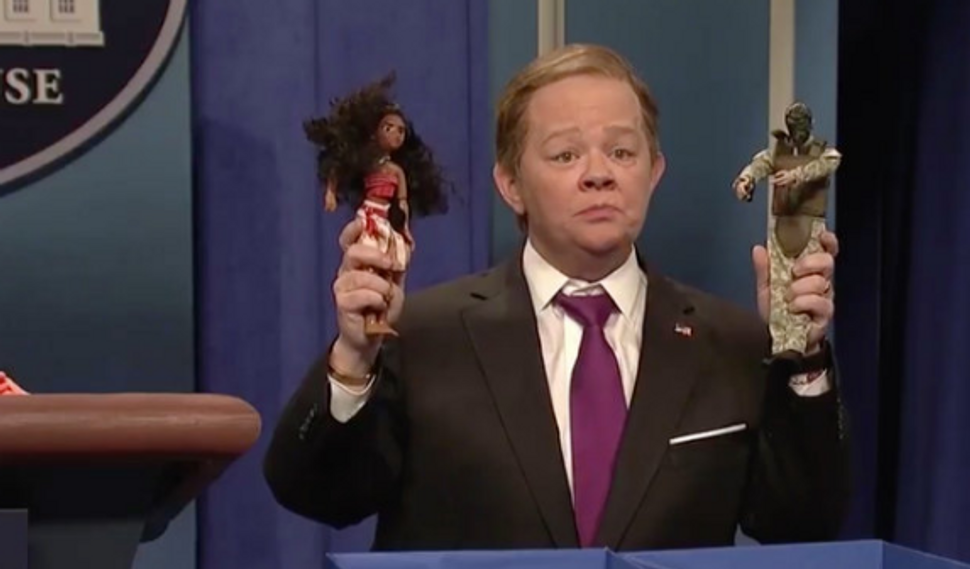 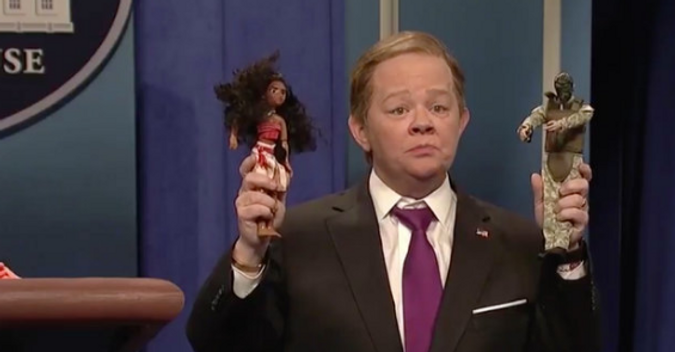 The late-night comedy show conflated the Trump claim that the media has neglected to cover terror attacks (a claim that analysts thoroughly debunked) with his attack on the department store (which he derided on Twitter as ‘Terrible!”)

With Melissa McCarthy playing Spicer in the cold opening, he denounced supposed terror incidents including “the horror in Six Flags, the slaughter at Fraggle Rock, the Night They Drove Old Dixie Down and the light terrorism this week when Nordstrom’s decided to stop selling Ivanka Trump’s line of clothing and accessories.”

In the skit, Trump goes to “the People’s Court” to appeal a real court’s decision to stay his Muslim travel ban.

“Thank you, judge, or what do you call a lady judge, a flight attendant, something like that?” he intoned. “I signed a tremendous travel ban. I didn’t read it, but I signed it.”