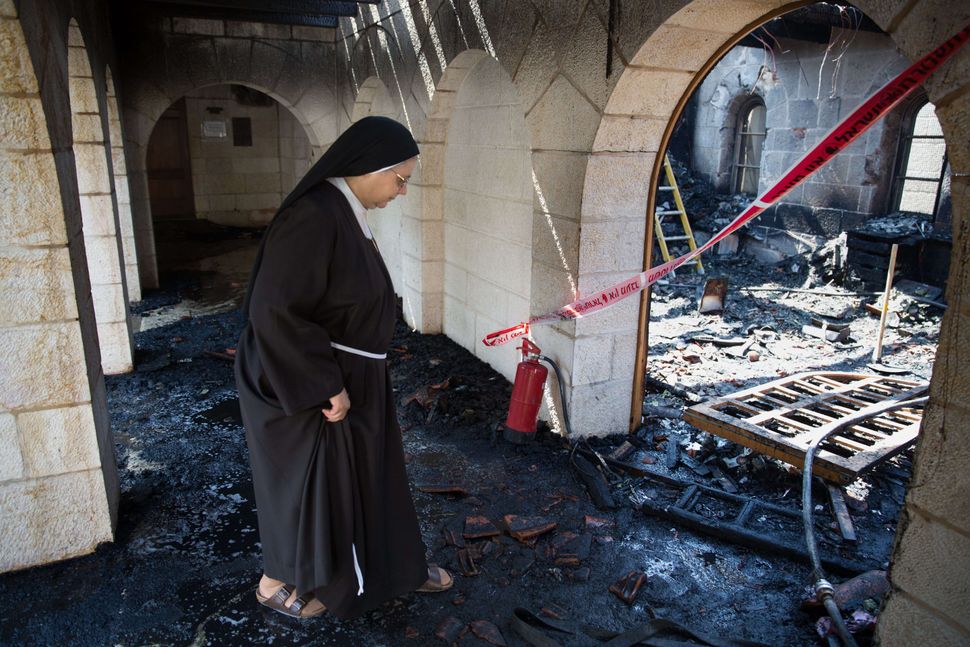 JERUSALEM (JTA) — An historic church in northern Israel has reopened more than a year after an arson and vandalism attack.

The Church of the Multiplication of the Loaves and Fishes, where Christians believe Jesus performed a miracle in which he fed thousands of people, reopened on Sunday after renovations costing about $1 million. The government of Israel reportedly contributed some $400,000.

The attack allegedly by extremist Jews took place in 2015. Three Jewish settlers from the West Bank were indicted in the attack.

Israel’s President Reuven Rivlin attended an interfaith meeting at the church to mark its reopening.

“The last time I was here, we stood together and looked at the burnt walls and the terrible graffiti. Today, I visit here again, and see the renewal of this historic, special, and holy place,” Rivlin said at the start of the meeting.

Along with the fire that struck the church, located on the northwest shore of the Sea of Galilee, graffiti reading “False idols will be smashed” and “pagans” was scrawled on its walls.

The site is where Jesus is believed to have fed thousands of people with five loaves of bread and two fish.