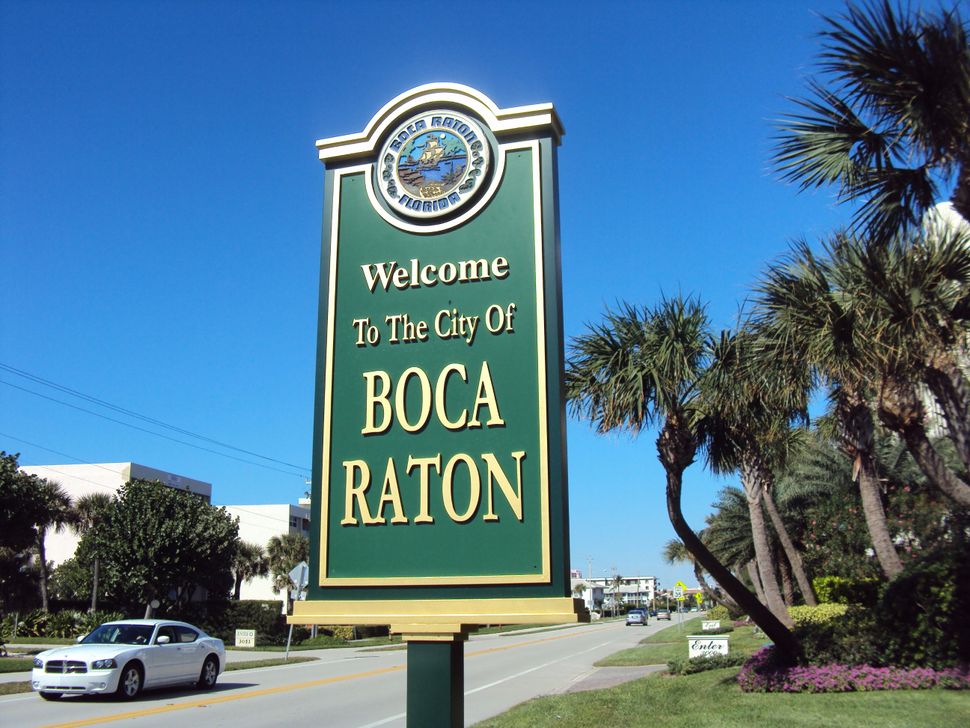 (JTA) — A large swastika was spray painted on the side of a car in a predominantly Jewish neighborhood in Boca Raton, Florida.

The incident occurred early Sunday morning, according to local report. The white swastika took up the entire driver’s-side door of the black Ford Mustang.

The owner of the car is a teenager who is currently visiting Israel, the Miami Herald reported. It is not know if the teen’s visit to Israel made him the intended target.

“This is a direct hate message,” Yona Lunger, an activist in South Florida’s Jewish community, told the Miami Herald. “We are shocked, devastated.”

The Palm Beach County Sheriff’s Office has launched an investigation into the incident. Residents have asked the local police for increased patrols and some plan to install surveillance cameras, according to reports.