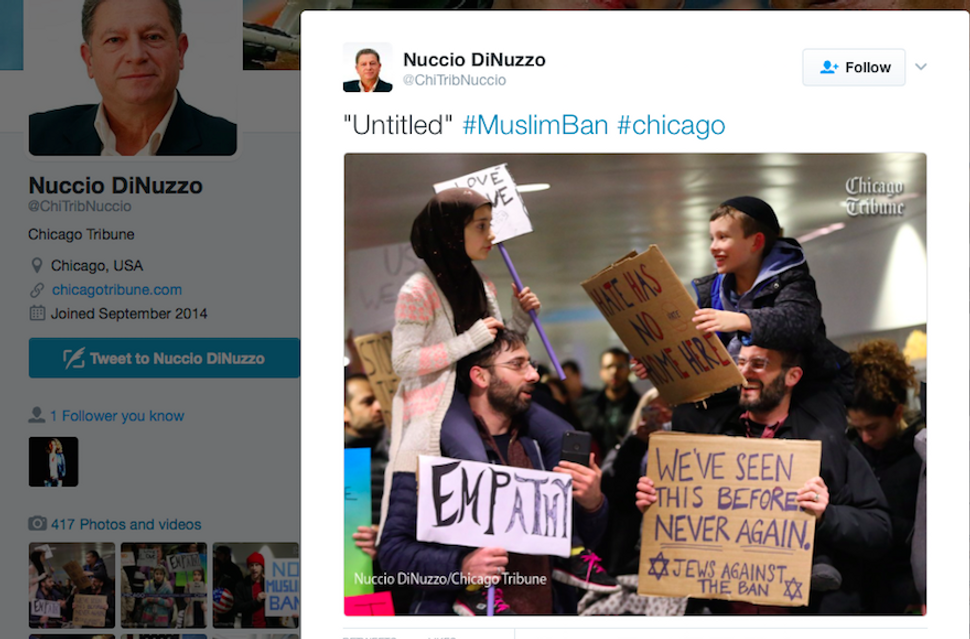 (JTA) — The two families captured in a viral photo taken at Chicago’s O’Hare airport during a demonstration of President Donald Trump’s Muslim travel ban had a Shabbat meal together.

The Yildirim family, who are Muslim, on Friday night joined Rabbi Jordan Bendat-Appell and his family for Shabbat dinner at their home in Deerfield, Illinois, the Chicago Tribune reported.

The Yildirim family brought as a gift a drawing by their 7-year-old daughter, Meryem, of the photo that brought them together. The Bendat-Appells put it in a place of honor on the refrigerator, according to the report.

The photo, taken by Chicago Tribune photographer Nuccio DiNuzzo, shows a Jewish boy wearing a kippah and a Muslim girl wearing a hijab holding protest signs while they both sit on their fathers’ shoulders during the O’Hare protest.

The families had exchanged contact information at the airport after talking about sharing a Shabbat meal in celebration of peace, the Tribune reported.

Bendat-Appell and Fatih Yildirim told reporters the two had been discussing where to find a good kosher steakhouse when the photo was taken.