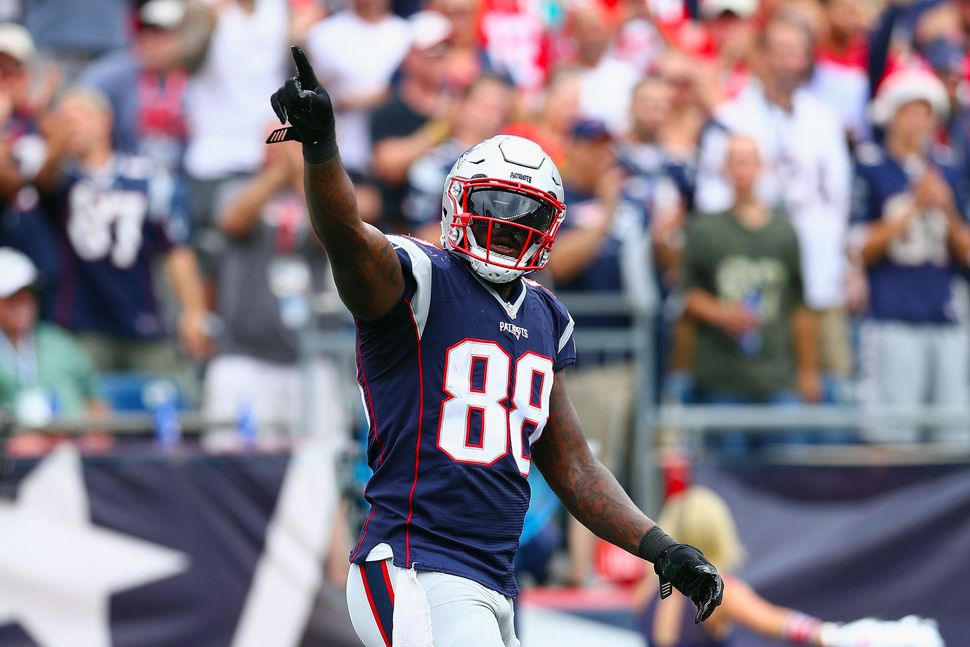 JERUSALEM (JTA) — At least two more National Football League players, including a member of the world champion New England Patriots, have pulled out of a publicity trip to Israel.

Martellus Bennett, a tight end for the Pats, reportedly pulled out of the trip, joining his brother Michael, a Seattle Seahawks defensive end. Michael Bennett on Friday posted a photo of Martin Luther King Jr. on Twitter with the caption “Im not going to Israel.”

Martellus Bennett did not offer his own reasons for not taking the trip to Israel, choosing instead to retweet his brother’s letter.

Justin Forsett of the Denver Broncos also retweeted Bennett’s letter with a post saying: “For those who are wondering I will not be on this trip to Israel.”

Israel’s Tourism and Public Diplomacy ministries announced the trip on Feb. 5. The NFL delegation was to feature 12 current or former players.

They are to visit the Yad Vashem Holocaust museum in Jerusalem and the Black Hebrew community in the southern city of Dimona. Some of the players are expected to be baptized in the Jordan River.