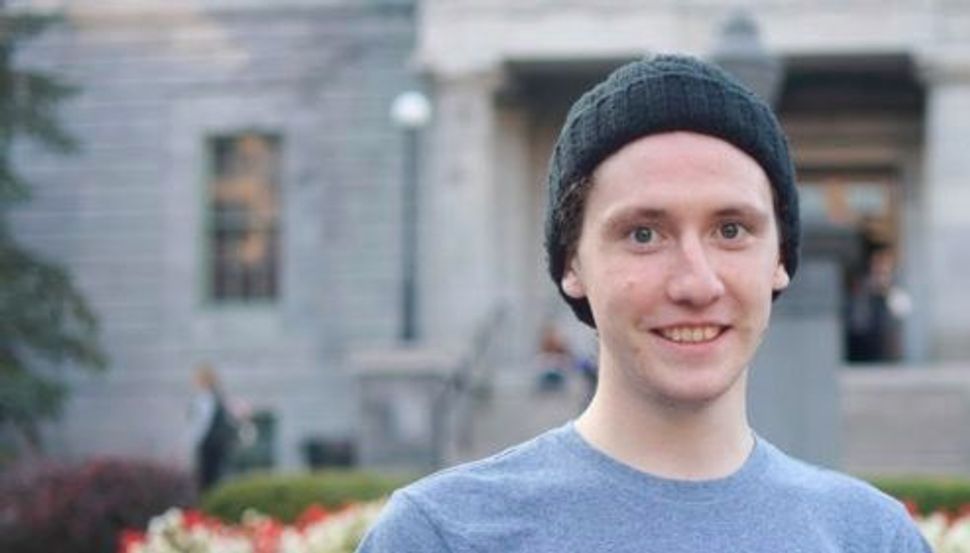 MONTREAL (JTA) — A McGill University student leader who advised on Twitter to “punch a Zionist today” is refusing to resign or retract the comment amid rising Jewish anger on campus against him.

Council member Igor Sadikov did not relent at what was described as a “tense” meeting of the student union legislative council on Thursday.

“I have never felt so targeted, disgusted or disappointed in my life,” Jewish McGill student Molly Harris later wrote in a post on Facebook.

Sadikov, who also is active in the Boycott, Divestment and Sanctions movement against Israel, has denied he is anti-Semitic, noting that his father is Jewish and his mother is half-Jewish. He said his original tweet, which he later deleted, was meant to criticize a “political philosophy,” not Jews.

McGill has condemned Sadikov, joining the Jewish groups  B’nai Brith, the Centre for Israel and Jewish Affairs and the Simon Wiesenthal Center.

The university’s undergraduate arts society formally called on Sadikov to resign and B’nai Brith asked police to investigate whether Sadikov had incited hatred.

But council members voted by a wide margin against censuring Sadikov.