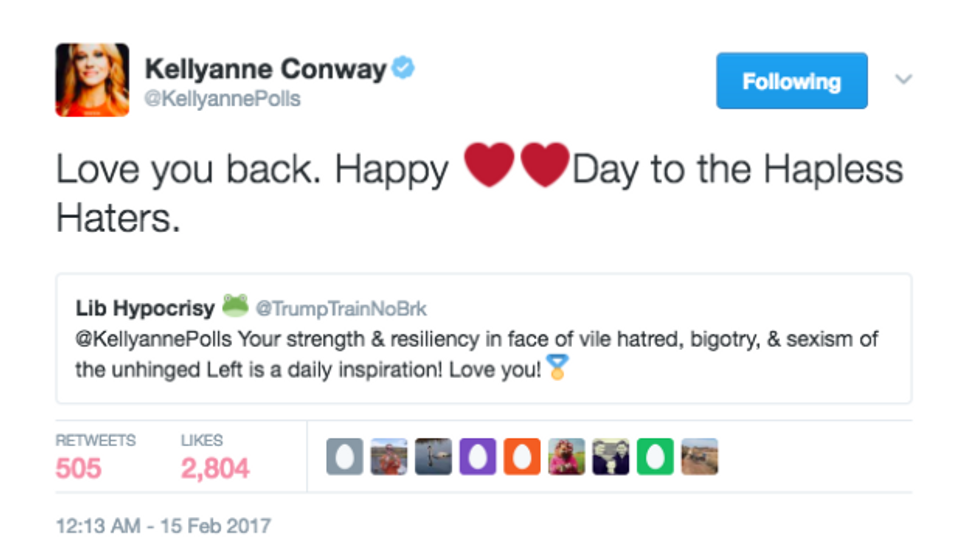 White House adviser Kellyanne Conway’s Twitter account retweeted a white nationalist on Tuesday, though she sought to distance herself from the move and denounced “whoever it is” who sent the tweet.

The Twitter user goes by Lib Hypocrisy and their profile features the hashtags #whiteidentity and #nationalist. Their online handle also includes a frog emoji, often used online as a reference to the “alt-right” icon Pepe the Frog.

The original tweet has since been deleted. And, in a statement to Buzzfeed, Conway denied that she sent the retweet at all.

“I’ve never heard of Lib Hypocrisy obviously. I denounce whoever it is. I’m going to find out who’s tweeting it. It will be immediately deleted. Everybody makes mistakes,” Conway told Buzzfeed in a statement.