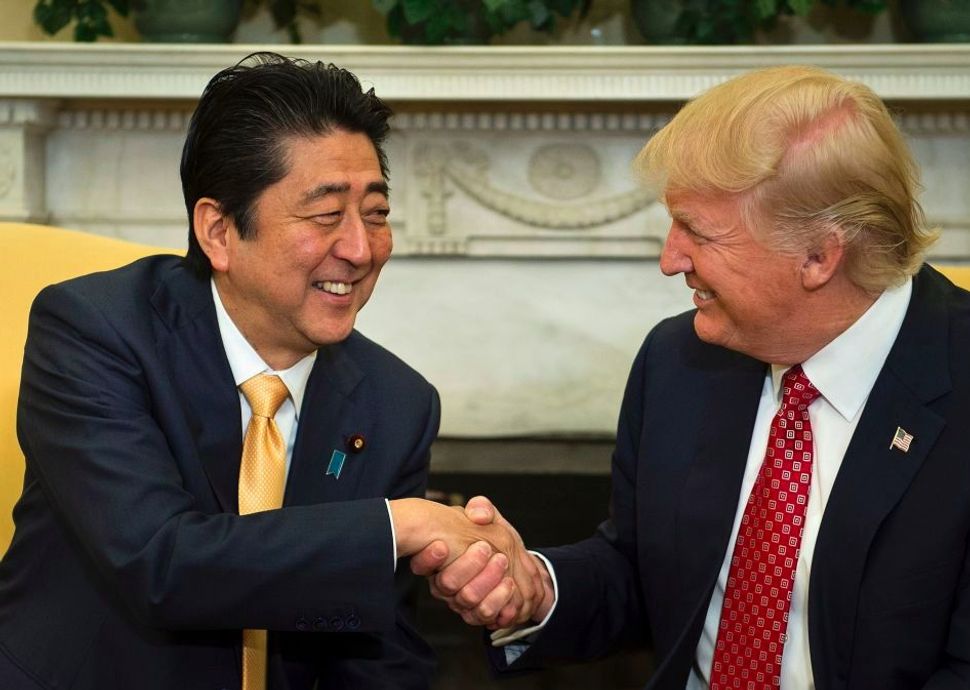 We know there are some big issues at stake when Donald Trump meets Benjamin Netanyahu: peace with the Palestinians, Iran’s nuclear threat, the endless bloody war in Syria, to name a few.

But inquiring minds really want to know: Will Trump try his weird handshake thing on Israel’s top guy — and will Bibi find a way to avoid it?

He’s done the same thing before with Vice President Mike Pence, Supreme Court Nominee Neil Gorsuch and others, often pulling them in as he continues to shake their hand for several seconds past the comfort zone.

Canada’s Justin Trudeau had obviously been briefed on the Orange Menace’s predatory predilections. The heartthrob guy from north of the border moved in first by gripping Trump’s shoulder and preventing the mogul-turned-leader of the semi-free world from controlling the encounter.

Getting back to our question, what will Bibi do?

The Israeli premier seems acutely aware of interpersonal dynamics, often using gestures to convey his unspoken feelings. But only time will tell if he has met his match in the famously controlling new president.