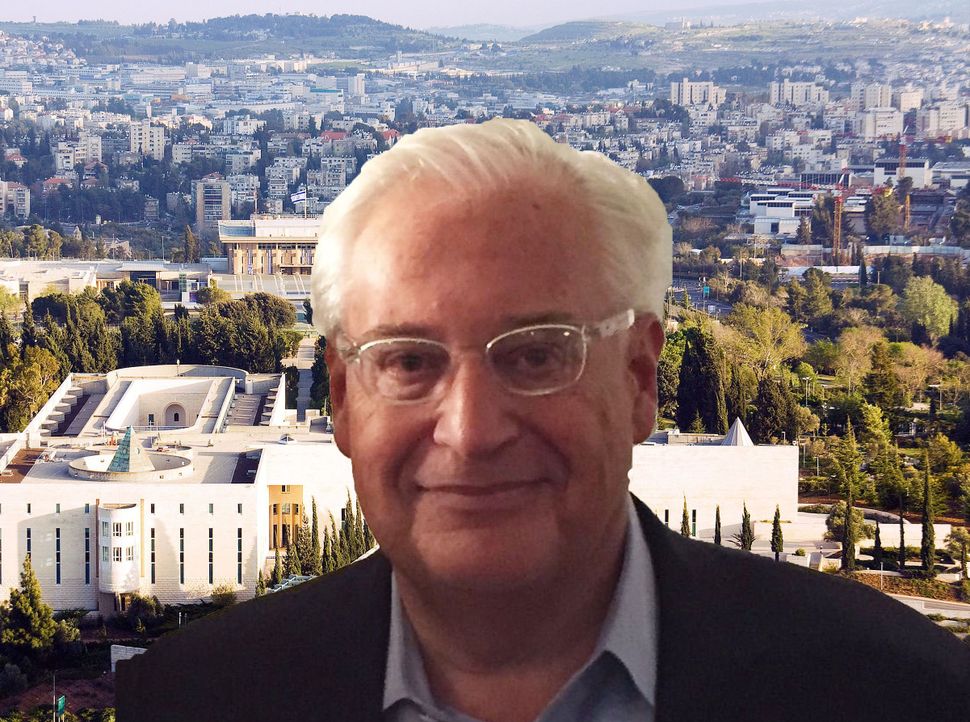 Friedman doubled down on the disparaging comments about supporters of J Street, the dovish Israel lobby, in an op-ed last year on the pro-settler Israeli news site Arutz Sheva, in which he also accused then-President Obama of anti-Semitism.

The New York Times said that representatives of Friedman told Maryland Senator Benjamin L. Cardin, the senior Democrat on the Foreign Relations Committee, as well as other officials, that Friedman would say he regretted the “kapos” comment at his hearing.

Friedman, a bankruptcy lawyer who opposes the two-state solution for Israelis and Palestinians, is a settlement supporter through his position as the head of American Friends of Beit El Institutions, which brings in about $2 million a year for the settlement near Ramallah, according to Haaretz.