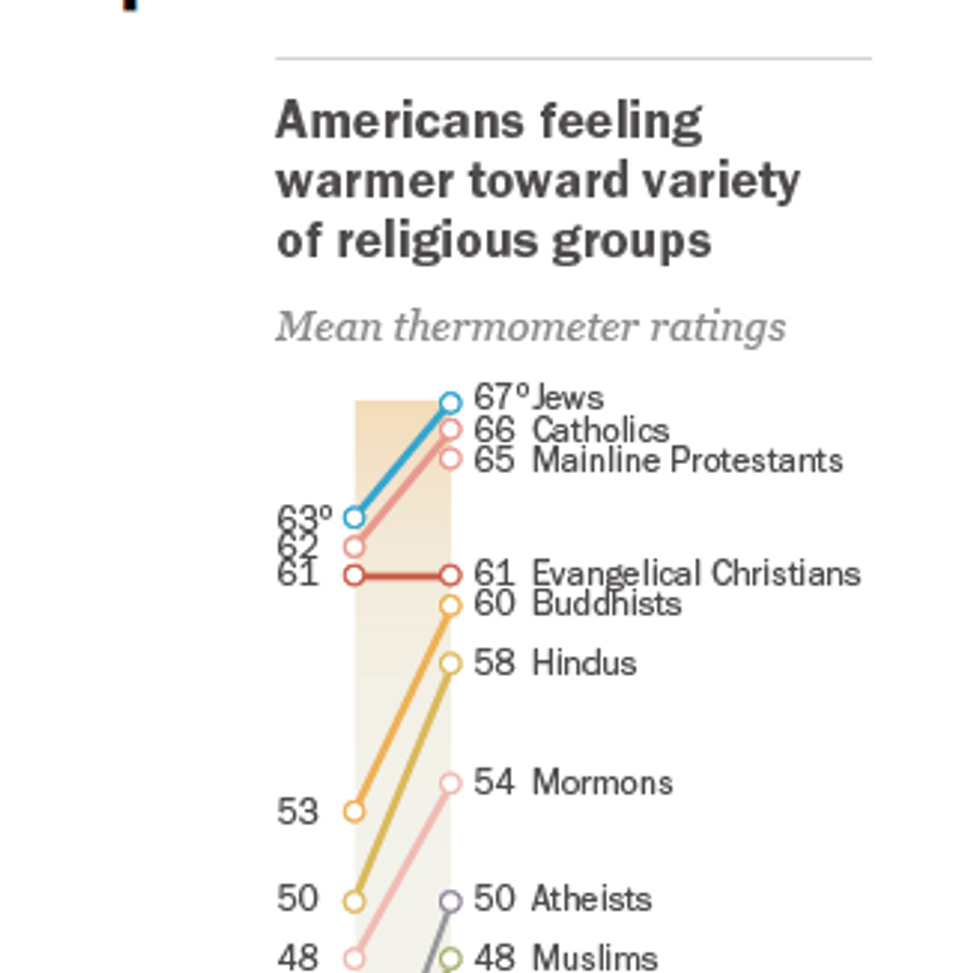 (JTA) – Jews are the most warmly regarded religious group in America, according to a new survey by the Pew Research Center.

It was the second time in a row that Jews topped the survey, in which respondents rate how they feel about various religious groups on a “feeling thermometer.” On the scale of 1 to 100, 1 is the coldest and 100 the warmest; 50 means they have neither positive nor negative feelings.

The survey, which was released Wednesday, found that Americans generally express more positive feelings toward various religious groups than they did three years ago.

Jews were ranked at 67 degrees, up from 63 in the 2014 survey, followed by Catholics at 66, up from 62, and Mainline Protestants at 65. Evangelical Christians stayed at 61 degrees.

Atheists and Muslims had the lowest ratings, but both still rose on the warmth scale. Atheists ranked at 50 degrees, up from 41, and Muslims were at 48, up from 40.