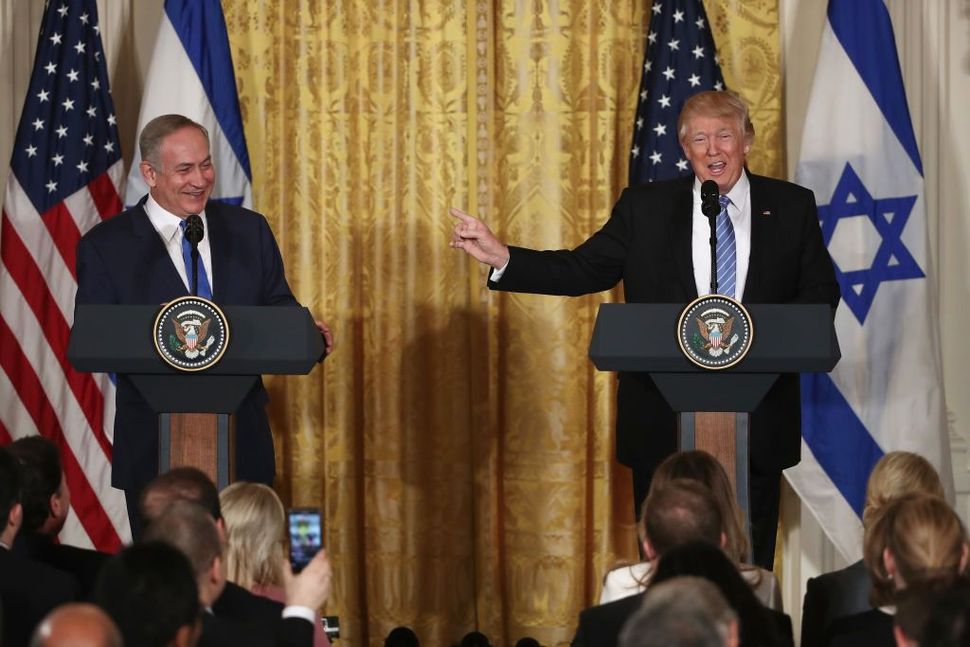 President Trump pointedly acknowledged the Jewish nature of the Holocaust in a Wednesday press conference with visiting Israeli Prime Minister Benjamin Netanyahu, an about-face from a Holocaust Remembrance Day statement that omitted mention of Jews.

“The state of Israel is a symbol to the world of resilience in the face of oppression,” the president said at the White House. “No other state has gone through what they have gone through, survival in the face of genocide. No other people has endured what the Jewish people have endured.”

The administration turned heads in January when its statement name-checked “innocent victims” of the Holocaust, rather than explicitly referencing Jews. It responded to criticism by digging in, claiming the communication was deliberately crafted as such in order to be “inclusive.” Detractors, including former vice presidential candidate Tim Kaine, said the statement was akin to Holocaust denial.