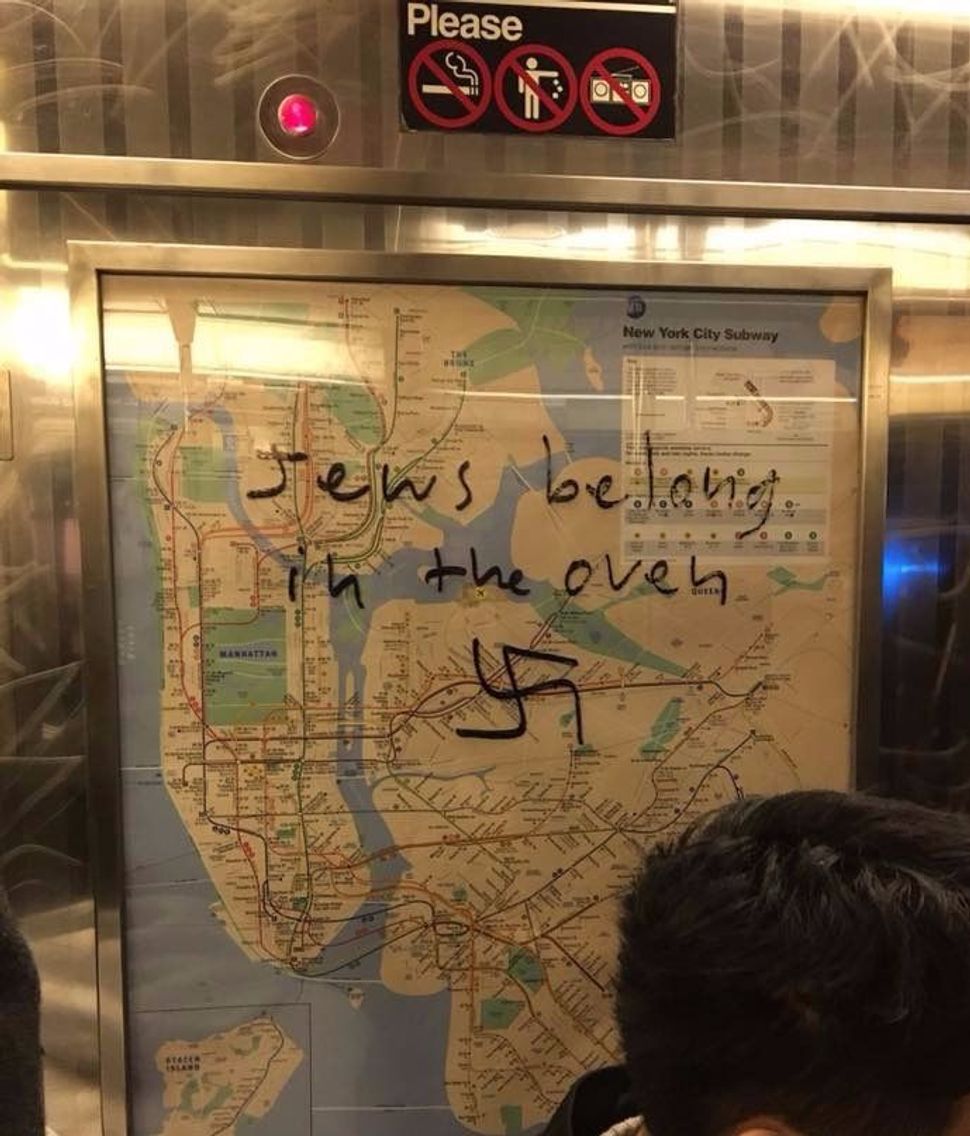 NEW YORK (JTA) — Hate crimes continue to rise in New York City, and Jews remain the most targeted group, according to the city’s police department.

Fifty-six hate crimes were reported from Jan. 1 to Feb. 12, with 28 of the incidents targeting Jews, the New York Police Department said, according to Politico.

The total number of hate crimes and anti-Semitic incidents were both higher than during the same period last year, when 31 hate crimes occurred, 13 targeting Jews, Politico reported.

In December, the NYPD said it witnessed “a huge spike” in hate crimes following the election of President Donald Trump, with the majority of incidents directed at Jews.

On Wednesday, when asked by a reporter about “a sharp rise in anti-Semitic incidents across the United States,” Trump responded by boasting about his Electoral College win, pointing to his Jewish daughter’s family and promising that “you’re going to see a lot of love.”