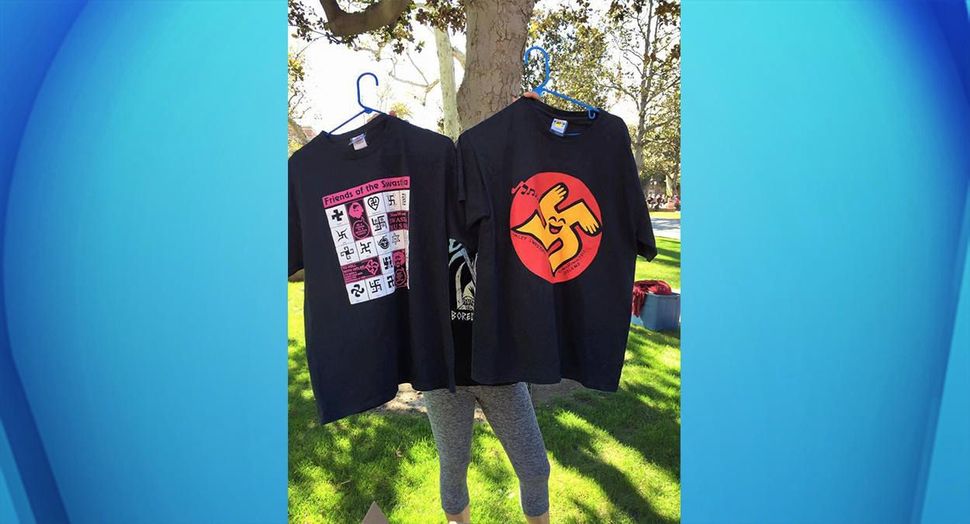 A Nazi symbol or a piece of art?

A vendor at the University of Southern California tried to explain that T-shirts featuring swastikas he was selling on campus were no more than an artistic expression.

But according to a report on the local NBC news, the campus rabbi did not share the artistic value of the Nazi-symbol T-shirt and alerted campus authorities, who asked the vendor to leave.

Rabbi Dov Wagner explained on Facebook that “art should not be a cover for hate.”

In a statement, the USC press office said that the T-shirt stand was removed because it created disruption on campus. “The merchandise the vendor was selling did not meet community standards, per USC guidelines for vendors who wish to sell goods and services on campus.”