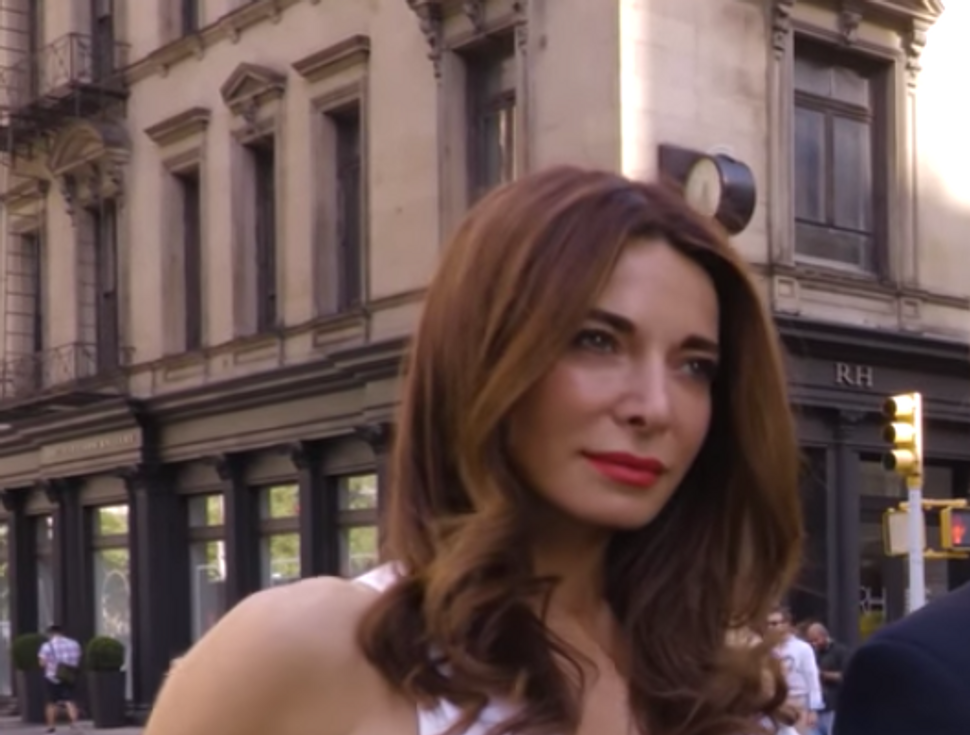 Looking like Melania Trump is propelling an Israeli actress and model based in New York City to national acclaim.

Mira Tzur first started acting the part when John Di Domenico, a long-time Donald Trump impersonator, asked her to play Melania alongside him in a video, her publicist wrote the Forward in an email.

Tzur, 45, charges $3,000 plus expenses for each appearance as the First Lady, who is 46, according to the Miami Herald. She’s done it eight times so far, with more gigs coming.

Tzur grew up near Tel Aviv, and her Israeli accent adds to her resemblance to Slovenian-born First Lady. She’s also acted in ads for Advil and Neutrogena.

She told the Herald she likes the First Couple.

“I feel great admiration for both of them,” Tzur told the newspaper. “That makes my job ever better.”

Tzur is working on a book about the business for aspiring models.

Correction, February 21, 2017 p.m.: An earlier version of this article stated that Tzur lives in Miami Beach. In fact, she is based in New York City.